The Federation of Rental-housing Providers of Ontario (FRPO) launched the new standards, which will be rolled out through FRPO’s Certified Rental Building Program (CRBP), during the third week of October. 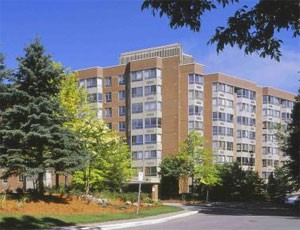 The FRPO chose to launch the program at the Minto’s Sophia Residences in Ottawa (shown in the picture) .

The FRPO calls the CRBP the first tenant-focused, quality-assurance program of its kind in North America and says the introduction of 10 new environmental operating standards will set the baseline for sustainability practices across the industry.

Ugo Bizzarri, the FRPO’s chair, remarked in a statement: “Within the next few months over 905 multi-residential buildings housing over 225,000 residents will be an active part of this ‘grassroots’ environmental program.”

Bob Chiarelli, Ontario’s Minister of Energy, praised the program and said it will benefit nearly three million Ontarians living in apartment buildings and will bring conservation programs right to their doors.

Over the next few months, hundreds of apartment personnel will access an environmental awareness and training program, which will engage front-line staff to become more aware of the energy resources their buildings are using. They’ll learn to identify opportunities to reduce consumption and, through awareness and education, to connect their residents to conservation practices.

Ted Whitehead, FRPO’s director of certification, said the success of the program will depend on members working effectively with residents to strengthen and support a green environment. Whitehead said residents will be encouraged to do “small painless things” such as turning down the thermostat or turning off the lights before they leave for work and recycling their garbage and waste correctly.

“Greening our buildings has been a mainstay of Minto’s apartment communities for years,” said Troy Pelletier, director of facilities management for the company. Minto carried out major retrofits across its portfolio in the early 2000s and then introduced initiatives such as green cleaning, environmental reporting, utility auditing, retro-commissioning and recycling.

Pelletier said in 2012 the company set company-wide environmental targets for further reductions in resource consumption across Minto’s portfolio. As well, Minto is aiming to have all new construction achieve third-party environmental certification. Recently, two of the firm’s developments in the GTA achieved LEED Gold status.

In 2012, Minto also racked up a number of  honours for sustainable practices, including a BOMA TOBY  award, and two EnerQuality awards, for green builder of the year and for leader of the year.