When it comes to real estate operating companies and REITs, Euro Pacific Canada analyst Rob Sutherland is more concerned about interest rates, inflation and the economy in general than about the Ontario Securities Commission’s recent warning shot. 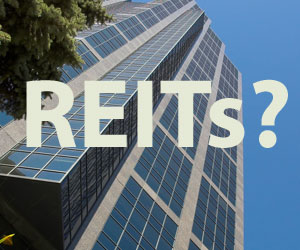 In the last week of January, the OSC published a report that found 33 per cent of Ontario-based REITs it reviewed paid distributions which exceeded their cash flow from operations and that none provided the expected disclosures on the matter to shareholders, some providing only boilerplate disclosure.

The regulator found distributions were greater than 10% of annualized cash flows in 70% of the REITs with total distributions that exceeded cash flow from operations.  The OSC report determined this information was “signalling the magnitude by which other sources were used to finance distributions.”

“Given the importance of maintaining distribution levels, we are concerned that management of REITs may face inherent pressure to hold or increase distribution yields over time, even if their ability to generate the cash needed to finance these distributions from underlying properties is not aligned,” the regulator stated in its Jan. 26 report.

An issue of size and circumstances?

Sutherland speculated the OSC findings may simply be an issue of size and circumstances.

“For a blue-chip REIT, I think you are starting to see payout ratios decreasing probably to the point where you are potentially running afoul of tax laws and they are actually keeping too much cash on hand,” he said.

“You have a pretty strong influx of IPOs and RTOs and smaller REITs and as they grow they just inherently have to pay out more cash than they have at times as part of the growth model – while raising money, raising equity and buying and growing,” Sutherland said of the group of REITs identified in the OSC report. “They usually come back in line.

The analyst added that among the REITs he covers, “probably half a dozen” have payout ratios in the high-90s or beyond 100%.

Interest rates, on the other hand, are  “always a worry,” Sutherland said.

Interest rates look tame for at least the near future, as does inflation, meaning areas of concern are currently less generalized for him.

“I’m really worried about Calgary office,” he said. “Especially class-B and low end of class-A. It is very much newest, greatest, best is the only thing that performs well,” in an energy price downdraft such as Calgary is currently experiencing.

“There are a fair number of REITs that have office space here that is the low end of class-A. You will see a shift when all those new buildings come out, people will want to be in the newest building and they will move out of those old class-A office buildings and you just won’t be able to re-lease it.”

The analyst said investors need only look as far back as 2008 when oil prices plunged well below where they are today. At that time, triple-A vacancy went from less than one per cent to 16% or 17% in a few quarters.

He is particularly concerned about the shadow market of sublet space as energy companies held more space than their immediate needs in good times. “That is the easy stuff to get rid of,” he said.

“I think that actually will hurt the pension funds probably a little bit more than it will hurt most of the REITs.”

REITs for all seasons

Sutherland noted that a year ago multi-family REITs endured a terrible winter quarter with extreme weather forcing most to exceed cash flows with their payouts. “Those came right back in the summer and that was a one-time blip.”

The analyst said his focus is on REITs that are holding on too hard, rather than paying out too much.

“Right now, the way the markets are, hoarding cash maybe is not the best thing to be doing,” he said. “There are a lot of REITs sitting on an absolute huge amount of capital.”

He pointed to Brookfield Office Properties Ltd. (BOX.UN-T) and its large cash holding.

“They are probably going to be sitting on something around $195 million by the end of the year. It starts becoming a little silly and really are you looking at doing one-time dividends just to repatriate that cash back to unitholders?

“Definitely it is a safe thing, people like to see that safety, but at the end of the day REITs should be paying the vast majority of their earnings back to unitholders. I am always happy if it is something in the high-80s.”