Alignvest Student Housing REIT (ASH) has an agreement to acquire its second property, a former hotel converted into a 357-bed student accommodation at 111 Cooper St., in Ottawa. 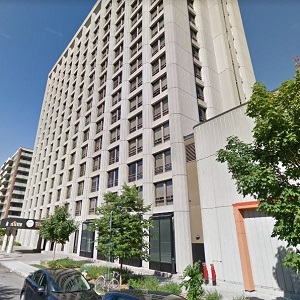 Financial terms were not released, but Alignvest said the two properties combine to bring its asset value to $125 million.

“We are very excited about entering the Ottawa market with the addition of 1Eleven to our portfolio,” Alignvest managing partner Sanjil Shah said in a release. “The quality and value of the assets we have been able to acquire in such a short period of time have exceeded our expectations.”

1Eleven is a 16-storey former Holiday Inn and Suites hotel which was purchased by CA Ventures in 2014, then renovated and refurbished before opening as a student residence in September 2015.

It’s located about 400 metres from the University of Ottawa via a pedestrian bridge over the Rideau Canal and is less than a 10-minute commute to Carleton University.

ASH bought its first property in July, a 455-bed building at 181 Lester St. in Waterloo called myREZ on Lester which it said was 99 per cent occupied.

The demographics of the two buildings are similar.

ASH believes 1Eleven is situated in a “top-tier student housing market” of more than 60,000 students in Ottawa’s two main universities (37,000 at the University of Ottawa and 25,000 at Carleton).  It considers the market underserviced, with about 8,500 residence beds available for students, representing only 14 per cent of the schools’ full-time enrollment.

Both schools have growing student populations, and ASH said applicants to the University of Ottawa grew by 15 per cent year-over-year – the largest increase of all major Ontario-based universities.

While 1Eleven Cooper is located in Eastern Ontario, myREZ is in the southwestern portion of the province, where Alignvest had indicated it will be concentrating much of its efforts to expand its portfolio.

ASH REIT set an initial goal of raising $20 million for its first acquisition, but after overwhelming investor demand eventually launched earlier this year with more than $65 million in capital commitments.

ASH REIT is offering an unlimited number of units on a continuous basis pursuant to an offering memorandum on a private placement basis to Canadian residents who qualify as “accredited investors.” ASH REIT units are available through the investment fund order system, Fundserv.