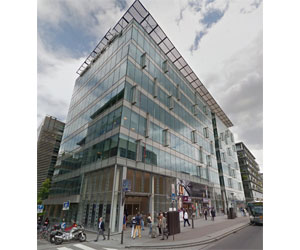 The purchase price is believed to be around 200 million euros ($285.1 million Cdn) for the modern 235,000-square-foot office building in the Paris Rive-Gauche sub-market of the city’s 13th arrondissement. It’s completely leased to Réseau Ferré de France, the state-controlled manager of the French railway network.

The building is located in one of the best-performing sections of the Paris office market, which has had a vacancy rate below three per cent since 2006. Structural constraints on new office supply in the area and future transportation infrastructure improvements with the introduction of the Grand Paris Metro project in 2017 add to its attractiveness.

“92 Avenue de France possesses the exact qualities we look for in a building and typifies our global focus on downtown and connected office properties,” Oxford senior vice-president Michel Vauclair said in a statement.

“The asset is modern, close to major transportation nodes and located in an amenity-rich area with a variety of first-class retail, cultural and residential choices. Proximity to superb lifestyle amenities will only continue to grow in importance for employers as they continue to respond to the increasing preference of urban dwellers for access to downtown live/work/play environments.”

Hines France advised Oxford on the acquisition and will act as asset manager. The French subsidiary of Hines manages buildings worth approximately 1.2 billion euros ($1.7 billion) on behalf of international investors.

The acquisition is Oxford’s second in Paris and continental Europe, following its September 2014 purchase of 32 Rue Blanche — a 237,500-square-foot, Grade-A office building from The Carlyle Group — for more than 260 million euros ($370.5 million).

The real estate arm of the Ontario Municipal Employees Retirement System is now almost halfway towards its stated target of growing its assets under management in Paris to more than one billion euros ($1.4 billion) within the next three years.

“Completing our second acquisition in Paris, so soon after our debut, underscores both our commitment to this market and our ability to transact quickly to secure the right opportunities,” said Vauclair, who believes it’s an attractive time to invest in the city with the second-most Fortune 500 companies in the world.

Oxford sees prospects for significant growth in Paris, driven by a low interest rate environment in the near-term and a broader economic recovery over the coming years.

The purchase increases the value of Oxford’s wider European portfolio of assets under management to more than 3.6 billion euros ($5.1 billion). It includes office and retail assets across central London and Paris.