An investment company that looks for rental properties in growth markets with tightening vacancies just closed what it’s calling one of Edmonton’s largest multi-family building transactions of the year.

Canmore, Alta.-based Prestigious Properties announced Thursday that it completed the acquisition of a 71-unit apartment building for $10.65 million.

Beyer said Calgary has seen rents increase 20 to 30 per cent in the last two years and since the provincial capital normally lags 12 to 18 months behind Calgary, he expect rents in Prestigious’ Edmonton portfolio to adjust upward.

That would include the building Prestigious just acquired, which is made up almost entirely of “spacious” two-bedroom units, Beyer said. 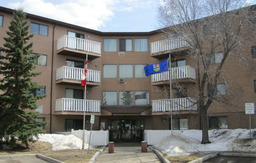 Scotty Grubb, the senior vice-president of business development for Prestigious, said the company buys apartment buildings that offer relatively predictable rental growth and inexpensive financing and can be bought at less than replacement cost.

The company owns or manages assets of around $100 million, made up of approximately 1,200 apartments and two large land parcels. It has more than six hundred RRSP investors with $43 million committed to the company.

Some of the firm’s investments include the Castleview Park Apartments in Calgary, a 120-unit building; and Hawkwood Manor in Red Deer, an 18-unit building.

Prestigious doesn’t identify itself as a property manager, but rather as an “Exempt Market Product Issuer” that provides real estate investments distributed as exempt market securities.

Prestigious’ current offering through Sloane Capital is the Kings Castle Investment Limited Partnership. Prestigious hopes to raise $15 million and has raised more than $6 million as of Q 3 2013. Initial investment for a shareholder calls for $20,000.

The partnership says it plans to invest in B class multi-family buildings in Alberta, British Columbia, Saskatchewan and possibly Texas with a minimum investment term of five years.

In 2011, the EMD market raised approximately $150 billion in capital. The market provides an alternative manner for small- and medium-sized businesses to raise money. Exempt market securities qualify for certain exemptions from the full requirements of prospectus disclosure and certain retail sales client requirements.

Prestigious is one of a number of small-cap EMDs specializing in real estate in Canada. Sloane Capital’s portfolio shows a number of other companies, including The Victoria Rocket, which is aiming to renovate the former Dalton Hotel and turn the hotel into long-term residential apartments.

The latter will be rebranded as a Podments (The Victoria Rocket has applied for trademark status) and will feature bicycle and storage lockers, and built-in furnished packages complete with beds, flat-screen televisions with entertainment/gaming packages and Wi-Fi throughout the building.