Demand for commercial real estate in British Columbia is stronger than ever, but a changing economy is causing the financial value to drift downwards.

Total real estate transactions in B.C. in the first half of 2013 hit near-record levels with 58 recorded deals totalling more than $724 million.

This total represented the second-highest number of transactions recorded in a six-month period since 2002, according to Avison Young’s Mid-Year 2013 BC Real Estate Review.

However, the dollar value of these deals showed a significant cooling compared to the same period in 2012, where real estate transactions were a record $1.39 billion. Nonetheless, the 2013 deals represented the fourth-highest first-half total since 2002. 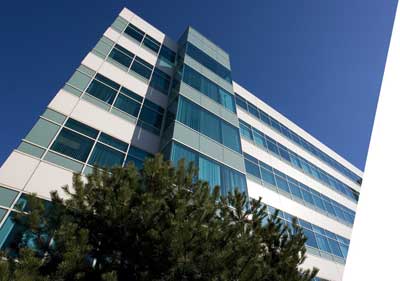 Private investors picked up the slack in both buying and selling as the majority of REITs moved to the sidelines.

According to Avison Young, the reluctance of the REITs to participate in transactions stems from “the increasing likelihood of declining economic stimulus and future interest rate increases.”

This has led several REITs to reduce the amount of equity raised through capital markets for the funding of property acquisitions.

The significant increase in five- and 10-year Canadian bond yields has also put off some of the more aggressive purchasers who have seen their leverage slip away.

“The subsequent impact on REIT share prices has essentially precluded these investment trusts as competitive buyers of significant institutional-grade assets,” Michael Gill, a principal with Avison Young, said in a release.

“The absence of REITs has so far not triggered downward pressure on marquee asset pricing as remaining purchasers continue to be aggressive in pricing.”

Avison Young opines in its report that vendors believe the market may have topped out and are unloading assets that may no longer fit within their portfolios.

“In many cases, these are quality assets, but perhaps age, vacancy issues, locations, necessary capital expenditures or land status (freehold versus leasehold) have made these properties expendable for the right price,” the report stated.

Demand exceeded supply when it came to office buildings. Lack of available quality office space resulted in only 10 transactions at a value of $165 million. The largest office deal – and the biggest transaction in any asset class in the first half of 2013 – was Dundee REIT’s $66-million acquisition of Discovery Parks Vancouver (seen in picture) in April.

Retail investment slumped sharply, dropping down to 24 trades worth $292 million, compared to $423 million in the previous six-month period and $411 million in the first half of 2012.

Avison Young attributed the lacklustre retail market to a lack of quality product, rising debt costs and reduced competition for premium assets. The report also noted  the “almost complete absence of REITs – only a single $27-million shopping mall acquisition in Campbell River – from the market during the first half signalled the recent change in the public market fortunes of the real estate investment vehicles.”

Industrial deals helped pick up the slack of the other three slowing sectors. The 24 deals worth $268 million in the first half of 2013 exceeded both the first and second halves of 2012. Of those deals, 46 per cent of the industrial dollar volume came from four transactions.

Seventeen deals worth $145 million took place in the multi-family sector, but the report notes that while prime assets are still attracting premium pricing, the days of multiple competing offers and “hyper-compressed capitalization rates” have passed.

Overall, the report concludes: “Investment in commercial real estate has had a strong run since 2010 and is anticipated to remain a favoured asset among investors, but market dynamics are shifting as buyers and sellers adjust to a new economic reality slowly dawning on the horizon.”