Arlington Street Investments (ASI) recently won a prestigious award for the financing and development of its Calgary Haiku property, continuing a run of success for the investment firm dedicated to acquiring profitable properties through private market financing. 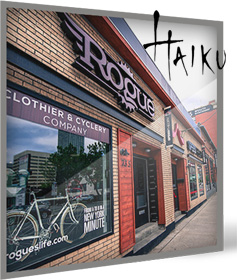 ASI uses the exempt market — a regulated segment of the capital markets for which certain exemptions are provided under provincial securities legislation, and which is worth more than $140 billion in Canada — to finance its projects via accredited investors, family offices, pension funds and institutional entities.

That reduces risks and improves optics for investors while differing ASI from other players in the field, according to president and chief executive officer Frank Lonardelli.

“If you look at all the capital that’s raised across Canada in the exempt market, 95 per cent is raised through retail, non-accredited investors,” he said.

Lonardelli syndicated his first real estate deal in his hometown of Winnipeg when he was 26 and bought four houses with two partners who provided 90 per cent of the capital. The properties were sold about a year later for almost five times what the investors paid, and the now Calgary-based executive hasn’t looked back.

“We have never lost a dollar of invested equity in the 19 years I’ve run my company,” he said.

“Our goal for every project is exactly the same: high single- to low double-digit yield returns per annum, and we expect to double our original invested equity within three to five years. We’ve done that on every project and sometimes more, but those are our minimum benchmarks.”

While ASI used to purchase properties below replacement cost, add value through managing them, take them through the rezoning process and then sell them to developers, since 2007 the company has developed properties it plans to hold for the long term.

ASI acquires sites in locations that are in the path of growth and development in underserviced areas. Though it focuses on repositioning and redevelopment projects in the investment range of $25 million to $150 million, smaller or larger projects are considered provided they fit the firm’s strategic parameters.

The Haiku property is in the southwest Beltline area of Calgary and was going through insolvency, with a plan to demolish the building and replace it with a mixed-use condominium, when ASI purchased it just over five years ago. It’s been completely renovated and the 20,829-square-foot space is now home to Commonwealth Bar & Stage and Speed Theory and Rogue retail outlets.

The project was fully refinanced by ASI in the first quarter of this year, three months ahead of its five-year financing schedule. Investors received 100 per cent of their original capital in March and have received 7.5-per cent distributions annually since 2010. The investors still own their original units, which have tripled in value.

“We’re going to sit very patiently for the next five years,” Lonardelli said about future plans for Haiku. “There are no less than six projects — from as small as 60,000 square feet to as big as 440,000 square feet — being built all around us. That will increase the intrinsic value of the land and the property.”

Lonardelli is high on The Sentinel, a new project at the intersection of Calgary’s 17th Avenue and 14th Street SW, a sought-after commercial, retail and residential area that has broken records for revenue and price per square foot achieved through sale and appraisal.

ASI intends to build a mixed-use building with a main floor grocery store, two floors of commercial space and a residential tower.

High Street, another property on 17th Avenue, is now comprised of about 8,000 square feet of retail space that will be transformed into a four-storey building with approximately five times as much space.

“We’re bringing in a concept that’s never been seen before in Western Canada that’s one of the world’s most successful retail avocations,” Lonardelli said.

ASI is now doing due diligence on two projects Lonardelli said will add between 85,000 and 180,000 square feet of space to the existing portfolio.

The company has considered moving into the Vancouver market for the past two years and is also looking at Winnipeg, but Lonardelli insisted ASI’s focus will remain on Calgary and Alberta.

“If you’re making investment decisions based on the next three or four months, you’re inevitably going to lose,” he said.

“If you’re making decisions on macro-trends and reasonable timelines, such as five or 10 years, you’ll do quite well. And when I think about that timeline, we’re very bullish on the Alberta market.”