The federal government may possess Canada’s largest office portfolio with an operating budget of about $3 billion, but don’t hold your breath waiting for a regular report. 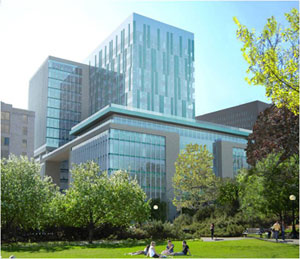 Unlike publicly traded companies like REITs and REOCs which report quarterly, updates from the Real Property Branch of Public Works & Government Services Canada (Public Works) and major changes in strategic approach are rare.

An annual presentation at the Ottawa Real Estate Forum is one of the few occasions when the federal government reports on its real estate activities.

“We are continuing in the same direction as last year with a focus on finding efficiency, consolidating government space and divesting assets that we no longer need,” said Mongeau.

“Public Works continues to adjust its office portfolio to achieve a 60:40 ratio of leased to crown-owned property (a cornerstone of its real estate management plan). We must maintain crown-owned and leased space to meet the government’s needs.”

Approximately 55 per cent of the office space the federal government occupies, including crown-owned and leased property, is located within the National Capital Region (NCR). The feds are the largest single tenant in the NCR, leasing approximately 24-million square feet, in 219 buildings, secured by about 400 leases.

In 2012-13, the federal government owned 40 office buildings in the Ottawa region with a combined 17-million square feet according to the government’s website.

The feds employ about 152,000 people in Ottawa-Gatineau, comprising about 20 per cent of the region’s working population.

“One priority for our business is finding efficiencies,” said the assistant deputy minister. That priority includes rationalizing space and to increasingly rely on the private sector in the real estate industry in the delivery of property-related services.

In 2012, the federal government launched a new workplace standard called Workplace 2.0, a plan for the consolidation of space in office buildings that it owns and leases.  Its goal is to reduce the space requirements of one employee by about two square metres from a total of approximately 18 square metres and implement the program over seven years. The feds are roughly a third of the way through executing its plan.

“Since the consolidation program got underway in 2012 Pubic Works has achieved a one per cent space reduction nationally,” said Mongeau.

The consolidation plan is expected to save the federal government $100 million by 2019 and to create a more affordable and sustainable portfolio on an ongoing basis.

Public Works has recently sold two properties in Ottawa, a small parcel of land on Tremblay Road and a parking lot that was located at 289 Carling Ave. Mongeau said the government intends to sell an additional five properties before March and in the second half of 2015 to continue to review its portfolio for other potential properties to sell.

This year’s most dramatic reduction of federal government space in Ottawa occurred on July 13 when the 11-storey Sir John Carling Building was imploded. Although preceded by a prolonged “deconstruction” phase, it took under 10 seconds to bring down the building.

Public Works has received approval for more than $2.6 billion worth of federal office building construction and redevelopment projects across the country.

As part of that program, in the NCR the following buildings are completed and occupied according to Public Works’ website:

Like most office building owners, Public Works is faced with the need to invest in an aging portfolio of assets. Public Works has seven core assets it intends to renovate, two of which are underway, according to Mongeau.

In Ottawa, there is a major redevelopment underway in a 17-storey downtown office building located at 90 Elgin St.  (Shown in the image above). Great West Life Assurance Companyis the developer of the property and under terms of a lease to purchase agreement the federal government will pay $19.5 million per year and become owner of the building in 25 years. The 60,000- square-metre building will accommodate 2,000 Department of Finance employees with occupancy to begin shortly.

The federal government has established a goal that its building portfolio be 40 per cent LEED-compliant by 2021. To meet its target, it is requiring all renovations achieve a LEED silver rating and new construction projects be LEED Gold.

In the downtown area, Public Works’ goal is to establish a “balanced market” achieved by having a 20-year vision for its office usage in the entire Ottawa region with a focus on improving the ‘quality of accommodation’ as well as cost containment, said Mongeau. Central to this plan is the “desire to take advantage of future opportunities provided by the Ottawa LRT slated for completion in 2018 in order to reduce demand for parking from Federal employees and green house gas emissions.”

Public Works has received approval from the National Capital Commission for its master plan for the redevelopment of its 49-hectare Tunney’s Pasture property located about four kilometres west of the downtown core.

The Tunney’s Pasture Master Plan provides a 25-year vision and the direction needed for major investments in existing buildings and future developments as a transit-oriented mixed-use development along the Ottawa light rail transit line.

The federal government purchased the former Nortel Campus in 2010 and has created a detailed plan to re-fit the campus for occupancy by the Department of National Defence (DND).

A consolidation of office usage will see DND moving from more than 40 offices to seven major locations in the NCA including the Carling Campus, achieving $750 million in net savings in accommodations costs over a 25-year period, plus an additional $160 million for DND in cost-avoidance.

The re-fit work started in early 2014 and the consolidation of Defence personnel is expected to be complete within approximately six years with the first move in’s at the Carling Campus targeted for late 2015.

When completed, 8,500 Department of National Defence personnel will occupy the Carling Campus.