The recent rise in interest rates has yet to crimp commercial real estate investment.

While the impact of higher interest rates has not yet been felt, they may curb the acquisition activity among the biggest CRE buyers, namely “interest rate-sensitive” REITs.

“The activity has not subsided because we are definitely above last year’s results,” said Bill Argeropoulos, Avison Young’s vice-president and director of research for Canada. “Having said that, I think the REITs have kind of taken a step back and are seriously reevaluating their acquisitions going forward. They will be taking a hard and close look at what properties they are going to pursue.” 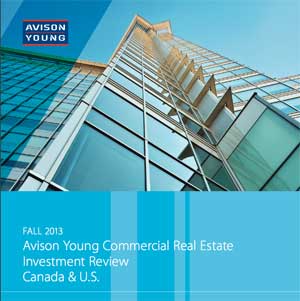 Has the tide turned?

Pension fund managers have complained for years that they have been squeezed out of the bidding for properties by REITs, which gained the advantage in the falling interest rate environment. That may change in an era of rising rates, and initial evidence is that they are becoming more selective than in recent years, said Argeropoulos.

“They will probably take a step back and perhaps let others take a run at those properties. The pension funds, who they have gone head-to-head with and won in the past, are probably now going to be in position to go in and secure properties. And even private equity players, life insurance companies, will definitely be in the mix.”

Higher rates may cause a second-half pause, but the Avison Young research director hasn’t seen it yet. “The number of bids for properties remain high. If there isn’t 12 bids, maybe there are seven bids and maybe there is one REIT instead of five or six REITs.”

Should rates resume marching higher, they could also force weaker REITs to begin unloading properties, he said. “They may end up disposing of non-core assets which will put more product on the market, which will enable more buying activity.”

Slightly more than $14.4 billion  of commercial real estate assets (office, industrial, retail, multi-residential and land, greater than $1 million) changed hands in the first half of 2013. That’s an increase of $1 billion, or eight per cent, from the first half of 2012. Four of the six major Canadian markets saw an increase in commercial sales volume in the range of  four to 46%, while two markets witnessed a decrease of between 20% and 29%.

Nationally, industrial properties were the most actively traded asset class in the first half of 2013, ahead of the office sector with 24 per cent of total first-half investment dollar volume. A total of $3.5 billion worth of industrial product sold – the greatest year-over-year increase at 92 per cent. Industrial sales increased in every market.

While Ottawa saw the most notable improvement (+351 per cent), Toronto recorded the largest industrial dollar volume – $1.9 billion (53 per cent of the national total). Highlights in this sector included REIT portfolio acquisitions in Toronto, where GE Canada Real Estate Equity (GE) sold $341 million worth of industrial buildings to Pure Industrial REIT (PIRET); and Montreal, where Tecton Industries sold a portfolio of buildings to Cominar REIT for $151 million.

Office, 2012’s most actively traded asset class, recorded sales of $3.2 billion (a 22  sharper cente) – which was down 37 per cent from $5.1 billion in the first half of 2012. Office sales fell in every major market except Montreal (+77 per cent) and most sharply in Vancouver (-70 per cent). Toronto was the most active office market, as sales reached $1.8 billion, but well below the 2012 first-half total of nearly $2.7 billion.

Notable office transactions across the country included the sale of a $542-million Toronto portfolio by GE to Greystone Managed Investments and Slate Properties; Canada Pension Plan Investment Board (CPPIB)’s purchase of 1 Queen Street East and 20 Richmond Street East in Toronto’s financial core for $220 million from Ontario Pension Board; and Calgary’s sale of the Jacobs Engineering building from KanAm Group to Epic Realty Partners for $171 million.

Of the top five transactions in terms of dollar value, two – including the top-ranking deal – were land sales amounting to 44% of the total land sales activity in Calgary. Runners-up were Edmonton, at $460 million, and Vancouver, at $456 million, while in the Eastern markets (Toronto, Ottawa and Montreal) land sales accounted for $861 million, only 10% of total investment dollar volume in those markets.

The steady influx of foreign retailers and some consumer support pushed up retail sales. Retail transactions across Canada increased a modest three per cent above 2012 to $2.3 billion (16% share). Most of that was in the East (Toronto, Ottawa and Montreal) combined for $1.6 billion worth of retail trades – two-thirds of the national total. Toronto garnered $1.3 billion (55% of national total) – matching the sales volume for all of 2012.

REITs and pension funds continued to swap assets and were involved in a number of sizable deals at both ends of the country. In the Greater Toronto Area, RioCan REIT purchased Oakville Place from Primaris Retail REIT (Primaris) for $259 million; Oxford Properties Group sold a 50% interest in Upper Canada Mall to CPPIB for almost $252 million; while just east of Edmonton, H&R REIT sold a 50% interest in Sherwood Park Mall to Primaris for $180 million – the largest asset sale in Edmonton in the first half of 2013.

Though it did not make the top five sales list, the sale of Maple Leaf Quay for nearly $151 million ($300,000 per unit) in the heart of Toronto’s waterfront is evidence of investors’ strong interest in multi-residential assets.