The Ottawa real estate market has an abundance of aging and tired office buildings that provide a hidden opportunity for would-be investors, according to one  CRE broker. 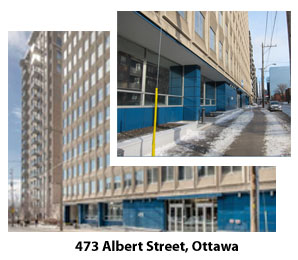 A study conducted by Bianconi and colleague Michael Pyman revealed the national capital experienced its lowest volume of commercial real estate transactions in more than 10 years in 2014.

“I believe that 2015 will continue to be a tenant-dominated market requiring landlords to offer aggressive incentives to attract and retain tenants,” Bianconi said.

“Private-sector tenants now have the ability to increase their footprint at an affordable rate. Therefore the vacancy rates should start leveling out while lease rates are likely to remain low.”

Bianconi sees the biggest opportunities in 2015 and beyond coming from “unique value-add strategies in the office sector such as repositioning tired assets that are continuously faced with high vacancy rates and where major capital investment will be required in the near future.”

Bianconi is seeking out landlords with B- and C-class properties to engage their interest in off-market offers for their unlisted properties. He’s telling clients to “think creatively and outside of the box to see the best returns.”

Redevelopment of these assets would allow building owners to increase their income and return on investment while capitalization rate compression is stalled, according to Bianconi. He believes money can still be made despite the sometimes major investments necessary for building upgrades.

“Pricing expectations on both the selling front and the buyer side have not been aligned close enough to successfully complete transactions,” said Bianconi.

“This is in part caused by record-breaking sale prices in Ottawa during 2012 and 2013. In 2014, sellers continued to have high price expectations even though the market dynamics had changed.”

There were 14 office transactions valued at $183.1 million (with an average price per square foot of $224) last year, when the federal government announced its plans to reduce its real estate footprint. This played a large role in office vacancy rates jumping to double digits in downtown B- and C-class buildings while lease rates dropped along with investor demand.

Opportunistic private capital investors represented the bulk of purchases made in Ottawa in 2014 while institutional and real estate investment trust (REIT) buyers took a break.

This trend was noticeable in all sectors, as 78 per cent of overall purchases were made by private investors, compared to 19 per cent by institutional investors and just three per cent by REITs.

“The buyer profile indicates that private capital has been increasing year over year as compared to REITs and institutional buyers,” said Bianconi. “This is likely due to the fact that the average real estate transaction size is within their reach in Ottawa.

“Since 2012, the majority of sales in the city, in all asset classes, have not been of the scale that would attract most institutions.”

Retail remained the most buoyant and sought-after asset class with 15 deals valued at $97 million, or $381 per square foot.

Long-term optimism about the Ottawa market

Ottawa’s investment in light rail transit infrastructure is creating demand for infill projects and Bianconi expects to see increased activity around its station locations, most notably in the western part of the downtown core where Claridge Homes and Broccolini have sites.

“I’m rather optimistic about the Ottawa market right now with the development of LeBreton Flats in the near future and the light rail transit,” said Bianconi. “I think there are a lot of good things happening in the city and, with those developments, things will start to pick up quicker than they have in the last year.”