RE vet Adam Cutler sees Montreal’s past in Memphis’ future

Adam Cutler, president of Cutler Property Group, has fallen in love with the southern U.S. city of Memphis. 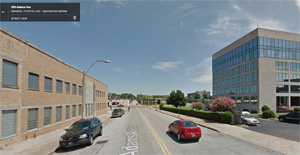 “It is very much like Montreal was in the early 1990s where there is a lot of supply of properties and not a lot of buyers,” he said. “There are a lot of opportunities to sift through.”

The Montreal-based investor, who has spent months researching Tennessee’s largest town and lost out on three other acquisitions, last month purchased two adjacent commercial industrial properties in the city’s downtown.

Memphis has been passed over for the most part by the big institutional purchasers and smaller, local investors are few.

“My competitive advantage has always been to be bigger than the small guys and smaller than the big guy,” Cutler said.

That formula worked in Montreal for the 35-year real estate veteran until recently as low interest rates and a thirst for yield made small guys ambitious and made big institutions far less picky. “Usually in Quebec it is the $10-million to $20-million price range but now everybody is there because there are just so few opportunities.”

Cutler, who views Memphis as Montreal circa 1993, purchased the two, 65,000-sq.-ft. properties for a low but undisclosed price. The properties, originally listed for about $1 million by owner HD Supply, saw their price first drop to $500,000 and the investor paid even less than that.

HD Supply, a motivated seller, had been maintaining the unoccupied buildings for a number of years.

“I came across these two buildings which the local market had missed on and I’m super happy with the acquisition,” said Cutler. “I’m looking forward to developing them. In fact, I already have contractors working on them now.”

Cutler found himself priced out of the Montreal market by developers spurred by the city’s current condo boom. “Since 2003-2004, it became very difficult to find property at good prices that could be developed for commercial leasing purposes.

“My background is buying distressed former factories that needed to be changed and I would convert them to commercial lofts.”

Cutler, who investigated Memphis and Nashville last summer before “falling in love” with Memphis, sees his outsider status as an advantage.

He was able to purchase the HD Supply properties for a song because the locals have a pronounced bias against the buildings’ downtown location. “Most of the activity for commercial and industrial is in the suburbs along the highways.

“This is probably the only commercial industrial building in what they call the central business district in the downtown. They see this as a negative, I see that as a positive.”

The state’s biggest bank recently moved nearby and Cutler sees it as a potential client for records storage, for example.

“Who I am going to lease to, I have no idea. But I bought very, very well. I have to renovate, I have to spend quite a bit of money to renovate, but I am very confident that I will see a nice return.”

Cutler wants to invest about $10 million in Memphis, giving him enough critical mass to justify creating a dedicated property management team for the portfolio.

While Memphis is a distressed, dirty and crime-ridden city, it has a strategic location in the U.S. which has allowed it to become a vital distribution hub. Its airport is the second-biggest in the world for cargo, it is perched on the Mississippi River and boasts the second-busiest inland port, five major freight railroads are nearby, and it is astride two interstate highways (with two more being built).

“It is a distressed market, don’t get me wrong,” he said. “But potentially it is Austin, Texas 2020. The reason I say that is there is a $200-million Bass Pro Shops that is opening up in the old Pyramid that was developed for basketball and sat empty for 10 years.

“There are a lot of things going on in the city. The core of the city was basically abandoned in the 1960s and 1970s just like a lot of U.S. cities.”

Popping in and out of the city for the better part of a year has also given Cutler a unique time-lapse view of the city. “I have noticed a big turnaround in businesses opening and properties being developed. I can feel it and I think the locals guys don’t because they just see small increments.” 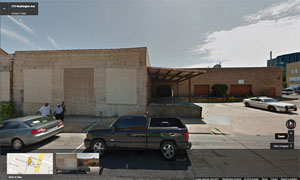 Cutler’s new downtown properties are located at 296 Adams Avenue (shown in image above) and 273 Washington Ave. (shown in adjacent image), directly across from Memphis police headquarters and county justice centre. They are also located a few hundred feet from Memphis City Hall, the county court-house and other federal buildings.  (Images from Google Street View)

296 Adams “is ideal for office/warehouse/distribution use and can be subdivided for up to three tenants” while the Washington property “lends itself to many redevelopment possibilities including showroom/retail space,” Cutler said.

The two buildings back onto each other and were occupied by Tennessee Valley Electric Supply Company from the 1960s until 2008. In 2008, HD Supply, a spinoff entity of Home Depot, acquired TVESCO and relocated its operations. Since 2008, the properties have been vacant but well-maintained and include a security alarm system, heating and air conditioning, critical in the city’s humid climate.

The Memphis toehold will allow Cutler to “deploy many of our same turn-around strategies that ignited interest and demand for commercial loft space along Montreal’s Lachine Canal,” he said.

“Memphis is not just a city with amazing music, food and culture, it has an abundance of beautiful historic buildings waiting to be redeveloped. Affordable inspiring spaces is one reason why in 2013, Forbes ranked Memphis as one of the top U.S. cities with emerging downtowns.”