Real estate trends to watch for in 2015

Increased mixed-use development in downtown core areas, the globalization of REITs and pension funds, continuing low interest rates, and creating corporate cultures to attract and retain top talent are among real estate trends to look for in 2015. 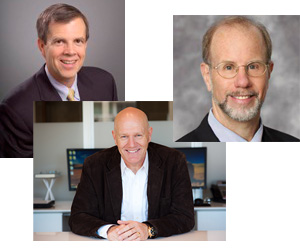 Lori-Ann Beausoleil, a partner in the Canadian real estate advisory practice for PwC Canada, moderated a wide-ranging prognosticative panel session at the Real Estate Forum at the Metro Toronto Convention Centre on Dec. 3.

While Toronto and Calgary are generally considered the hottest real estate markets in Canada, the panelists prefer to look at sub-markets within major cities when deciding where to invest. The cores of the aforementioned cities — along with Vancouver and Montreal — are seen to have the right combination of ingredients to drive growth, including quality of life, employment, public transit and walkability.

But that doesn’t necessarily eliminate other cities from consideration.

“I think it’s become much more granular,” said Whitelaw. “I’d rather have a strong sub-market in a city that isn’t quite as robust overall than to have a lesser quality building in a weaker sub-market in the GTA, for example.”

Love said establishing a mix of asset classes is the best strategy and KingSett is focusing on a mix of retail, office and multi-residential properties in Toronto’s core because he believes they’ll all become more valuable and won’t corner his private equity real estate investment business into a niche. Whitelaw and Emory also prefer areas where people can live, work and play without having to travel too far, and the latter put it in numerical terms.

“We’ve looked at pieces of land and correctly concluded that if we simply developed it as residential, we can get a million square feet of density. But if we developed it as mixed-use, we would quite easily get 1.5 million. When you can cut land costs by one-third with mixed-use, that makes a huge difference.

Bentall Kennedy is zeroed in on cities that excel at innovation and can create employment from it, and takes markets with universities, an educated workforce and high patent creation per capita ratios into consideration. Technology, biotech, entertainment, e-commerce, telecommunications and social media businesses create spinoff amenities and strong housing markets, said Whitelaw.

Bentall Kennedy has invested heavily in Seattle, San Francisco, Los Angeles, Minneapolis, Boston, Denver, Houston and New York City over the past five years and, while Whitelaw said there are pockets of innovation in Toronto, Vancouver, Montreal and Calgary, he’d like to see it more widespread as it is in the U.S.

While technology-based businesses are playing bigger roles in driving the real estate market, Emory said that building technology is having an enormous impact on the office sector, as new buildings are being leased at the expense of older and less green structures that haven’t been renovated to become more efficient.

“It creates dislocation in terms of certain assets, but that’s easily addressed and it creates huge opportunities for those of us who are ready, willing and able to take advantage of it.”

Beausoleil opened discussion on how Canadian REITs and pension funds involved in real estate have evolved over the years, and it was agreed they’ve both become more internationally focused.

“If you as a REIT have the ability to propel growth in the value of your assets, you will be preferred by global capital,” said Emory. “There’s huge global impact on what’s happening in Canada, and Allied Property REIT and others are being shaped by it.”

Whitelaw said there’s been a notable increase in interest in North American pension funds from European investors in the past 18 months, as they’re seeking the “stability and control that the Canadian market offers compared to their own jurisdictions,” making Canadian pension funds “very much part of that global landscape.”

REITs can compete with pension funds

Emory said that REITs can compete with pension funds as he believes they’ve become equivalent in terms of quality of assets and management as well as the cost of capital, and “what will differentiate the outcome will be who’s a better operator.”

None of the three men envision interest rate increases and Love believes that capitalization rates will likely trend downward because of an excess of capital-seeking income properties. But he places less importance on cap rates than he does on net operating income and creating value through better property management, improving tenant retention and making the best use of all assets.

Love thinks overall real estate investment returns will moderate to a more normal range after five or 10 years of “excess returns” and that people will have to adjust to that. Emory reluctantly forecasts steadily increasing costs for inner-city opportunities because of growing demand, and that will bring about a need to “figure out how to create opportunities from this higher cost base.”

All three men place a premium on hiring and keeping talented employees, with Love calling his people the most important part of any business plan, and Whitelaw emphasizing the importance of training and developing leaders within his organization.

He also warned that the best and brightest prospects from the millennial generation won’t work long-term for companies that don’t conduct themselves in accordance with their personal values when it comes to environmental and socio-economic issues, stating that they’re looking for employers who “talk the talk but also walk the talk.”