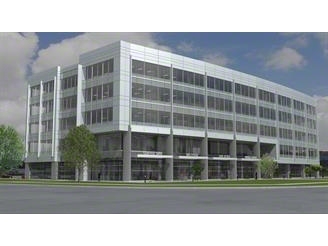 Multinational tenants cleared out of the Toronto-area Airport Corporate Centre during the 2008-09 economic downturn. The results of that exodus continues to be felt today as sublease space at the ACC has reached levels not seen in more than a decade.

The availability rate in the ACC recently increased by 580 basis points to 19.8 per cent, due to volatility in the sublease market, according to Avison Young’s recently released third-quarter Toronto West Office Market report.

The firm attributes the rise in empty space to a few big exits.

“A 660-bps rise in the class A sublet availability rate is attributed to a few large parcels of sublease space brought to the market by large multinational corporations,” explained Jeff Flemington, a principal with Avison Young. “This substantial sublet growth since the second quarter of 2013 gives the ACC the largest amount of available sublet space in Toronto West.”

A continued improvement in the U.S. economy should prompt American firms to move northward and start chipping away at the glut of sublease space, the firm said.

Indeed, this may mark the high-water mark for empty space at the ACC, according to Bill Argeropoulos, vice-president and director of research (Canada) for Avison Young.

“Some of these larger blocks that are on the market today, you will see activity,” he said. “One of those larger blocks, I can’t say right now, but there is one block in particular that will be cut in half in the next little while.”

While urban intensification and real estate consolidation moves by some high-profile tenants into office space in the downtown has captured the imagination of some observers, Argeropoulos said it is too early to count out suburban real estate, particularly high-profile space like the ACC located adjacent to major highways and the country’s busiest airport.

“I don’t believe that the death of the suburbs that everybody is talking about is imminent. Yes, there is more urban intensification and more people living and working downtown and employers kind of following that trend. I think that what is also happening is the urbanization of the suburbs.”

Similar to what is happening in downtown Toronto hotspots such as the so-called downtown south area below the Gardiner Expressway, that intensification trend in the ‘burbs is resulting in developers attempting to add amenities and creating areas where people can work, live and play.

Argeropoulos ticked off the massive Vaughan Metropolitan Centre at the northern terminus of the Toronto subway system and developments to the east and west as examples.

“Corporations will be attracted, because there are sustainable environments and communities with an educated workforce that doesn’t necessarily need to be downtown,” he said.

The missing link, however, is better transit to allow workers to get around the often gridlocked 905 area, he added. “For this to work, Metrolinx and their plan and the interconnectivity of the region is very very important. Transportation has to work for this to take place.”

In its report, the firm noted that new space is partly to blame. A total of 17 LEED buildings have been thrown up in the past five years in Toronto West, adding 2.3 million square feet of availability. That new space has a vacancy rate of 6.6 per cent, compared to a 15.9% availability rate for class A office buildings overall in the Toronto West market.

That has flat-lined rental rate performance in the area, the firm said, although rental rates in nearly half of the submarkets in Toronto West are higher than the West market average of $14.66 per sq. ft. The leaders? Oakville ($18.08 per sq. ft.), Mississauga City Centre ($16.34 per sq. ft.) and Meadowvale ($16.06 per sq. ft.)

In the third quarter, WorleyParsons completed a 96,000-square-foot lease transaction in Meadowvale at 7100 West Credit Ave., Carttera Private Equity’s latest new development, and Compass Group Canada completed a 62,000-sq.-ft. lease transaction at 1 Prologis Boul., initiating the first phase (150,000 sq. ft.) of the two-phase Mississauga Gateway Centre which is the latest development by the Healthcare of Ontario Pension Plan (HOOPP). The pension plan is a major investor in the ACC.

“There is activity,” said Argeropoulos. “Yes, it is more availability than the market can bear, but there is also a lot of tenants looking at their options right now. As long as there are tenants assessing their options, that may translate into deals being done and some of that space being absorbed.”

The draw of the airport, the cluster of 400-series highways and the major corporate names already located in the area are major attractions to the area. What are lacking are amenities, he added. “HOOPP’s development in the ACC, for example, is going to try to incorporate some amenities. It is just like downtown south. We have seen tremendous residential development and tremendous office development and now we are starting to infill with amenities.”

“I wouldn’t count the ACC out,” Argeropoulos concluded. “Just as you say those U.S. corporations shed space during the downturn, you have also seen them come back. Pepsi came back, Target came back, Citibank put some space back.”