Plunging oil prices and a slumping Canadian dollar may be bad news for the country’s economy, as per the Bank of Canada’s recent analysis, but don’t tell that to Richard Crenian. 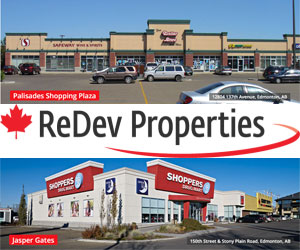 “I’m so busy, it is unbelievably crazy,” said the president of ReDev Properties Ltd. The Toronto-based real estate investment company has sold two properties within the past few weeks and has more deals in the works.

ReDev, which currently owns about 25 retail properties across the country, said it may sell as many as five of its holdings in the near future.

So what’s driving the sales activity if the oil-shocked economy is as bad as the Bank of Canada says? “Low interest rates,” said Crenian, who described himself as a happy seller. “I am happy because I have held them for nine or 10 years each time.”

Crenian marvels at the activity in his sector and the appetite for properties in his portfolio. “I can tell you that over the last three weeks, our phones has been ringing off the hook. Every guy that I have talked to in the last five years has come out, looking for product and there is not much product in the market.”

While the U.S. Federal Reserve has been warning of higher rates, the real estate market north of the border is showing no such rate jitters.

On March 5, ReDev announced the sale of Leduc Town Square, a commercial shopping centre in Leduc, Alta., along the Queen Elizabeth II Highway into Edmonton. With 51,393 square feet of rentable space, it is anchored by Shoppers Drug Mart, Giant Tiger, Cora Restaurant and Sobey’s Western Cellars Inc. ReDev had owned the Leduc property since 2006.

Perhaps most importantly, it is shadow-anchored by a Safeway grocery store. ReDev sold the property to the Crombie REIT-affiliated Crombie Limited Partnership for $12.6 million.

“They bought it, in my opinion, because they bought all the Safeways and we have a Safeway. It also has a Shoppers Drug Mart, so it is very appealing.”

In a related party transaction, Empire Company Ltd. (EMP.A-T) sold 68 Safeway properties in a sale-leaseback deal with Crombie REIT (CRR.UN-T) for $990 million in cash. Empire, which owns the No. 2 Sobey’s chain, created Crombie REIT in 2006 when it spun off a number of properties, a transaction that was made years before Canadian Tire Corp. and Loblaw Cos. Ltd. carried out similar REIT spinoffs of their real estate holdings.

ReDev Properties Ltd. was also engaged as the asset manager for the property.

“We are exceptionally pleased with the outcome of the sale and being able to yield a respectable return to our investors,” said Crenian. “Leduc Town Square has several large and attractable tenants, which helped draw in strong cash flow.”

On March 16, ReDev announced the sale of Castleridge II, a commercial shopping plaza located at 55 & 33 Castleridge Boulevard in Calgary – another property shadow-anchored by Safeway Grocery.

ReDev Properties Ltd. was engaged as the asset manager for the property. “This plaza will be irreplaceable, but a really motivated purchaser offered the asking price,” Crenian said in a statement.

Castleridge II “made headlines” the company said, because of its distinction as the first shopping centre in Calgary to offer a drive-through banking service with the TD Bank. Castleridge II marks the ninth property project ReDev has owned, operated and sold.

While it has sold two Alberta-based properties in 2015, ReDev is not down on the oil-rich province even though oil prices have halved in the past year and business is generally hurting.

“Western Canada, specifically Alberta and Saskatchewan, are the economic engines of the country and ReDev has placed a high priority on properties located in these provinces,” the company said in its announcement of the Calgary property sale.