The reemergence of CMBS 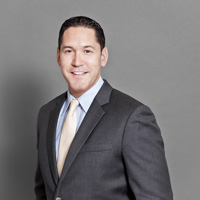 The year 2008 is still fresh in the minds of many borrowers and lenders. The first part of that year was rich in credit activity for borrowers, made possible by lenders flush with available cash resources, but the second half of the year was entirely different.

When the asset-backed commercial paper (ABCP) markets collapsed, the resulting ripple effect created an extreme shortage in the credit markets. As a lender, one of the most notable disappearances of lending ability involved the Commercial Mortgage Backed Security (CMBS) market, which saw credit limits retracting almost overnight.

The Canadian CMBS market is a relatively young financing vehicle originally formed in the latter half of the 1990s and used to provide credit for the owners of commercial property. It’s a product that was introduced in Canada to mimic that of its older counterpart in the United States.

In Canada, the CMBS market was used primarily to provide commercial property owners alternative financing which had terms on mortgages typically more aggressive than those provided by the mainstream Canadian conventional mortgage lenders.

The CMBS lenders actively lending in this space were generally able to provide non-recourse financing, higher leverage and longer amortization periods, while providing a slightly higher than mainstream interest rate to account for the added risk and flexible terms. Once originated and funded, the lender, meanwhile, would pool together all of these mortgages and sell portions of these mortgage pools in the investment market by issuing debt instruments of various risk ratings (i.e. AAA or AA or BBB etc.).

These investment tranches were typically sold as fixed income securities to investors or portfolio managers for varying investment portfolios. Security provided by the underlying real estate assets and monthly cash-flow derived from payments made by the mortgagees provided investors the assurance their investment was safe.

As mentioned above, this market disappeared overnight in September of 2008.  There were no investors interested in these pools of mortgages so the lenders had no funds available to lend to the owners of these properties. The market remained dormant until the latter half of 2013, when Canadian lenders began to survey investors to gauge interest in this type of product.

While interest was there, many investors were wary to invest since the asset-backed commercial paper markets received such negative publicity.  To be clear, though, the two markets (ABCP and CMBS) are entirely different. The CMBS market is highly regulated with many of the large rating agencies actively reviewing each pool and risk rating them appropriately.

Furthermore, each CMBS pool provides an offering memorandum outlining the terms of the pool and information on each property mortgaged that forms part of the pool.

This has resulted in increased investor confidence in the Canadian CMBS product and the issuance of three CMBS pools in 2014, with the most recent pool offering more than $283 million in investment vehicles.  This most recent CMBS pool contains a total of 37 mortgages over 41 properties with the average mortgage loan of approximately $7.67 million and the largest mortgage in the pool approximately $22.9 million.

Since investors grew wary of this market after 2008, Canadian lenders looked to maintain investor confidence and needed to ensure investors their investments were safe.  One of the major concerns from 2008 was the projected default rate of mortgages in CMBS pools.

Many predicted high levels of default, which would lead to many investors losing their investments in these pools.  However, the opposite occurred – for a market approximately 15 years old, Dominion Bond Rating Services agency predicted that historically the default rate stands at 0.02% with only 28 loans over this 15-year period ever experiencing losses.

As confidence grows, it is expected 2015 will bring further investment and activity in this market and that both lenders will remain active and investors interested in more pools issued in the market. Given the amazing track record and experience provided by Canadian CMBS lenders, this should only serve to heighten confidence and provide further assurance for investors their investments are safe and sound.

Darryl Bellwood is a Director of Commercial Lending with First National Financial, Canada’s largest non-bank lender. He is active in most markets in the country with a focus on investment real estate. All feedback is welcome and he can be reached at [email protected].