Nobel’s initial growth didn’t occur as planned but, after acquiring six properties in 2014 and announcing two more so far this year, things are back on track for the Quebec-based real estate investment trust. 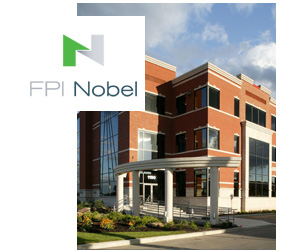 “Our goal this year is to bring the portfolio close to $200 million in value,” said president and chief executive officer Jean Teasdale. “With the round that we’re currently completing, we should hit the $100 million figure, and by year-end we would like to add another $100 million.”

Nobel (NEL.UN-X) incorrectly forecast it would have $150 million in assets within 15 months when it launched in November 2012 (Property Biz Canada, November 13, 2012).

“The capital markets for junior REITS and small caps have been pretty tough over the last two or three years,” said Teasdale, who conceded Nobel essentially started from scratch again last year — this time with a $10-million private placement from RFA Capital.

Nobel announced last month it was proceeding with a brokered private placement valued at approximately $12 million, with Dundee Securities Ltd. as lead agent, and Teasdale said the marketplace seems much more receptive now than in the REIT’s early days.

Nobel concentrates on industrial buildings, retail locations, office properties and mixed retail and office space located within a two-hour drive of its headquarters in Longueuil, located on the south shore of the St. Lawrence River directly across from Montreal. Teasdale said the focus is on “good locations with good properties in a good state of repair with well-established tenants.”

That strategy ensures Nobel isn’t spending time and money on day-to-day problems and has more flexibility to concentrate on long-term asset management.

“We like to buy properties that are in good shape,” said Teasdale. “I’m not going to the public to raise money in order to pay for past problems. I want to invest in properties where I can use money for growth, not to patch things up.”

Teasdale said 98.5 per cent of Nobel’s available space is leased and the quality of its tenants is exceptional.

“We’re pretty close to our tenants, so we know what’s going on. We don’t just collect rent once a month and then disappear.”

Teasdale said Nobel has good relationships with its lenders — which include MCAP, Royal Bank of Canada and Desjardins Group — and looks to leverage mortgage financing for properties at a rate between 60 and 65 per cent.

“We’ve had no difficulties in raising mortgage funds,” he emphasized. “Mortgage funds like our properties, they like our asset selection critieria, they like our way to underwrite our transactions and they like the way we manage the overall situation of the REIT.”

Quebec has higher capitalization rates than much of the rest of Canada, but is able to borrow money at the same low rates, and Teasdale said, “You get more mileage for your dollar here than you can in Toronto or Calgary.”

Demand is there in Montreal’s suburbs

There’s demand for small industrial and office space in Montreal’s suburbs, where operating costs for companies are cheaper, which plays into Nobel’s investment strategy.

Teasdale concluded he was generally satisfied with the state of the Quebec commercial real estate market, while also revealing he’s a baseball fan.