Rentseeker.ca looks to U.S. for expansion

For its first six years – a lifetime in the Internet age – Rentseeker.ca has been a pioneer. The Toronto-based website has sought to become the go-to destination for renters by adding visualization tools such as 3-D floor plans, virtual tour videos and heavy adoption of social media tools that outpaces its apartment-finder competitors. 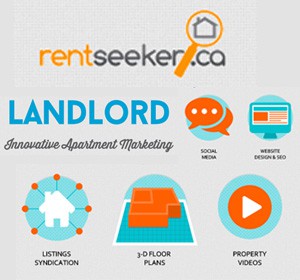 Now it is looking at taking its act south of the border.

“Our next expansion plan is probably to get to the U.S.,” said Chaim Rivlin, president and chief executive. He is quick to add his company already has the groundwork laid for a southern expansion as it currently works with a number of U.S. landlord clients and owns the Rentseeker.com domain.

Rivlin, who had a decade-long career in property management prior to starting up Rentseeker, said he has purposely tried to take things slow, not an easy task in the fast-moving online world.

“We wanted to really be established, have the infrastructure set up. We didn’t want to grow too fast. We wanted to grow organically and the success that we have seen, I think has been a part of that . . . I think over the course of the next year, or six to 12 months, we will probably expand Rentseeker.ca to the U.S.”

If and when it does enter the U.S. market, it will find plenty of deep-pocketed competition. The U.S. marketplace is undergoing “serious consolidation” with publicly traded CoStar Group acquiring Apartments.com and Apartment Finder.com.

“It is going to be a challenge for us in the U.S., I don’t want to simplify it,” Rivlin said. “But I think we are a little bit different.”

Where Rentseeker has set itself apart in Canada (and where it hopes to carve out a profitable niche for itself in the States) is with the suite of services it provides to landlords.

The free apartment finder services and social media tools it offers to renters creates the marketplace it requires to attract a diversified group of landlords, and the robust database of properties necessary to keep renters returning. In Toronto, for example, it has apartment listings in 576 buildings.

“Adding (marketing services) turns us into an apartment finder/real estate marketing company,” he said. “So we get a lot of developers like Tridel, different companies that will come to us for different video renderings as we are doing construction.”

In fact, it was U.S. real estate players who discovered Rentseeker through social media that convinced the web service’s founder it has a future in the States. “That probably speaks to why the U.S. expansion is on our radar, because they are already coming to us.”

Financial offers, whether from Canadian investors, or potential U.S. acquirers, continue to pop up from time to time. “We have been approached by some large U.S. companies about a potential acquisition in order to gain a Canadian footprint.”

Rivlin is determined to remain independent, at least until he receives a too-good-to-refuse offer from a potential buyer.

Rachelle Berube, founder and president of Toronto property management service LandlordRescue.ca, expects the fundamentals of the apartment business will only improve for Rentseeker and its competitors.

“I think they are in a real growing market,” she said. “The vacancy is going up as far as I can tell, so that is good for them.”

Berube, a self-described housing and condo market bear, believes apartment vacancies have been on the rise because of  historically high level of home ownership levels across Canada and a condo building boom in cities such as Toronto.

“Because I rent new condos all the time, I actually happen to know that it is more and more competitive and the prices are trending down pretty sharply on condos.”

Beyond its social media efforts, Rentseeker is gaining attention by serving as a news source for the information-hungry Canadian renter population.

Rentseeker’s last infographic, based primarily on spring 2015 data from CMHC, detailed the average rents in major cities across Canada. That report has since been picked up in publications such as The Globe and Mail and Moneysense magazine, as well as Rentseeker’s own Huffington Post Canada article, further spreading awareness and credibility for the site.

Over the past six months, the site has published three infographics, including the cost of owning a home across Canada, as well as stories such as what you can rent for under $1,000 a month or the hottest neighbourhoods in Canada.

Rentseeker, which has swelled to 12 employees, also tries to jump on any major rental/housing related news as quickly as possible.

“We try to keep as current as possible,” Rivlin said. “I think for the renter and the landlords, the more current you seem to be, the more reliable you are when it comes to providing the information.”

Rivlin said Rentseeker averages about two million visits annually, which is comparable to the U.S. site Apartments.com given the 10-to-one size difference between the two countries.