The CRE industry must invest more in IT: Report

Commercial real estate has become an important asset for institutional and other investors around the globe, but a lack of spending on data management solutions and software applications may be costing companies. 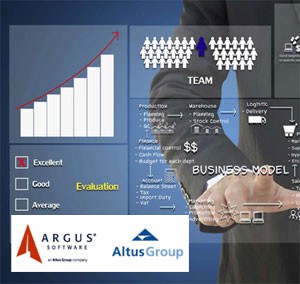 “All of this capital from around the world is parked on our doorstep and we’re absorbing it, but it takes technology to manage it efficiently and make sure the returns are maximized,” said Jeff Hayward, global marketing vice-president for Altus Group subsidiary ARGUS Software, which released the new “Altus Group CRE Innovation Report.”

“The technology that’s coming into the industry is going into future-proofing the hard assets like smart building technology, HVAC, heating, cooling and lighting, but software and IT systems seem to have been neglected a bit. Now there’s a big opportunity to speed that up.”

The report states that commercial real estate companies spent US$59.3 billion on automation systems and $6.3 billion on smart building technology, but just $1.2 billion on IT software systems in 2014.

Other industries spend more on IT

The commercial real estate industry is also under-investing in information technology compared to others. Taking the relative size of each industry into account, the report found that global commercial real estate spending on information technology as a percentage of revenue is estimated to be approximately 50 per cent less than financial services and the public sector, including healthcare.

The report is based on results from a global quantitative survey of 320 commercial real estate executives in front and back office positions at owner operator and owner investor firms in North America, Europe, Asia Pacific and Latin America. All the firms represented had assets under management ranging from at least $100 million to more than $125 billion at the time of being surveyed by IDC between May and June.

The report reveals that three-quarters of the commercial real estate industry is managing its portfolios in “data silos,” which Hayward defined as “static data that isn’t readily available to a broad base of decision-makers and asset managers throughout a company.”

This unconnected approach to managing information and assets, which often requires cumbersome data aggregation from multiple sources, can significantly hamper the timely data-driven decision-making and reporting transparency that investors are increasingly demanding.

Without modern data management infrastructure and systems, the report suggests that companies’ ability to attract the trillions of dollars of additional institutional capital that are predicted to be allocated to the commercial real estate industry in the next decade could be threatened.

Other key findings in the research included:

* Nearly one-third of the global commercial real estate industry is still using spreadsheets as its primary tool for asset and portfolio management functions. As a result, there’s potentially $11 trillion globally of commercial real estate assets managed within inefficient and error-prone spreadsheets.
* Seventy per cent of the firms surveyed feel they either need more data or additional metrics to benchmark their performance against the market.
* More than two-thirds of the firms surveyed say they would realize a significant impact on investment returns by improving their asset and portfolio management decision-making effectiveness.
* More than two-thirds of the commercial real estate leaders surveyed agree that “big data” has the potential to substantially change the industry, but the biggest barriers to firms using more of it are centred on data quality, regulatory/reporting issues and a lack of tools to assist with data capture and analysis.
* Much of the software used currently was purchased for a single function and is contributing to the silo effect on information.

Canada more advanced than other countries

“The good news is that there’s a huge appetite to put technology on a priority list,” said Hayward. “But it’s got to happen a lot faster because we’re in effect in competition with other asset classes: debt, equity and cash.”

Hayward said that companies in Canada, the United States and western Europe are ahead of the curve compared to some in Asia and Latin America where the development and commercial real estate industries are less institutionalized, though they still aren’t as up to date as they should be to maximize their efficiency and effectiveness.

“Canada is pretty advanced, but this is not a tale of two drastically different worlds,” he stressed, adding that no sub-set of the commercial real estate industry is doing a noticeably better job than others.

“Some of the biggest names and players are quite a bit further along and have pretty sophisticated software platforms put in place, but even they’re using spreadsheets. It’s a problem across the board.”