Retailers expected to be blessed this holiday season

It’s shaping up to be a holly, jolly holiday season for national retailers, according to a new report that predicts December spending will be up nearly five per cent over last year. 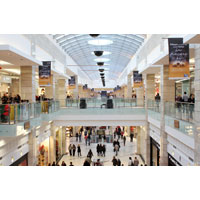 According to the Colliers International 2013 Fall Retail Report and Forecast, retailers are set to ring in $45.75 billion in sales this month.

Colliers attributes the bounce-back to steady growth in population, huge increases in retail supply and the arrival of new brands and retail formats.

It’s proving to be a bit of a recovery overall for the sector. Colliers projects 2013 nation-wide sales to grow modestly by 2.47 per cent ($481.5 billion) year-over-year.

That growth is in line with the 2.5 per cent year-over-year retail sales growth of 2012, but far below the 4.1 per cent gain in 2011. But if things look good in the short term, problems may be pending.

“The increase in household debt, the shift in buying practices favouring online shopping and the continued outflow of Canadians’ spending south of the border all represent a long-term headwind for Canadian retailers,” he said in a statement.

To maintain their share of the wallet, retailers will need to adjust and find creative propositions, Smerdon said.

When it comes to shopping, Alberta leads the country in annual retail spending growth. Colliers anticipates the Prairie province will show 2013 sales volume of nearly $72.8 billion or 6.3 per cent over 2012 sales.

Alberta will also top the nation in December sales volume, approaching $7 billion, a more than eight per cent jump over the same period in 2012. The Western powerhouse’s retail volume now represents more than 15 per cent of the nation-wide total, while its population is only 11 per cent of Canada’s.

Following Alberta’s 8.42 per cent in retail growth for the month are Newfoundland & Labrador at 8.19 per cent and Saskatchewan (6.14 per cent).

And whereas annual retail growth for Alberta, Newfoundland & Labrador and Saskatchewan are respectively 6.3 per cent, 5.19 per cent and 3.6 per cent, Ontario, British Columbia and Quebec – while accounting for the lion’s share of Canada’s overall retails sales – are expected to record annual sales growth rates that barely cover inflation.

Respectively, those three provinces will post growth rates of 2.6 per cent, 2.54 per cent and 2.04 per cent.

David Bell, senior associate, planning and retail consulting with Colliers International in Canada, said in a statement that while Quebec, Ontario and B.C. account for approximately 70 per cent of Canada’s total retail sales, their per-capita retail spending is well below the national average.

The report also indicated that Edmonton has the largest per-capita inventory while Halifax, Calgary, Toronto and Saskatoon also have shopping centre inventories that total more than 20 square feet per capita.