RioCan Real Estate Investment Trust (REI.UN-T) has acquired 18 Bank of Montreal branches and additional interests in three shopping centres, and sold five Quebec properties, while refining its portfolio over the past several weeks. 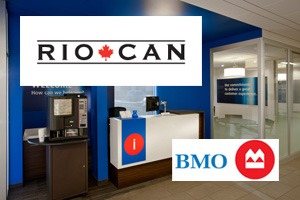 “It was and still is a challenging acquisition market; however RioCan has been able to complete more than $270 million of income property acquisitions in Canada and the United States at an attractive 5.8 per cent weighted average yield since the beginning of 2014,” RioCan chief executive officer Edward Sonshine said in a release.

“These acquisitions demonstrate the strength of RioCan’s relationships with its many partners that provide an important source of acquisition opportunities for the trust. At the same time, RioCan has taken advantage of the market by disposing of non-core, lower growth assets.”

RioCan is also putting a sharper focus on its footprint in Canada’s largest cities. Its most recent acquisitions and sales have put its property ownership concentration in Canada’s six major markets at 73.9 per cent.

RioCan completed the acquisition of 18 Bank of Montreal branches primarily concentrated in the downtown cores of 14 cities in British Columbia, Ontario and Quebec on Jan. 15. The portfolio totals 173,718 square feet of space and was acquired without financing for $49.4 million.

The properties have a capitalization rate of 5.5 per cent based on the average rent for all of the branches for the first five years of their lease terms. All of the leases provide for modest rent growth over their remaining terms, which have a weighted average of 12.7 years.

RioCan also acquired the remaining 50 per cent interest in Toronto’s RioCan Leaside Centre from Kimco Realty Corporation (KIM-N) for $31.5 million on Jan. 15. The property has a 5.5 per cent cap rate. RioCan assumed Kimco’s $16.5-million interest in the debt on the property, which carries a 3.3 per cent interest rate and matures in 2017.

The 133,000-square-foot centre at the corner of Eglinton and Laird avenues is anchored by Canadian Tire and also includes PetSmart, Pier One Imports and Alexanian Carpet & Flooring. The site is planned to host a secondary entrance to the Eglinton Light Rail Transit line that’s now under construction and is expected to increase customer traffic.

RioCan completed the acquisition of an additional 20-per cent interest in Edmonton’s Mayfield Common from partner Sun Life Financial (SLF-T) for $26.6 million on Dec. 12. It now owns 50 per cent of the 430,000-square-foot property that carries a 5.7 per cent cap rate. The centre is anchored by Save-On-Foods and includes such other retailers as Winners/HomeSense, JYSK and Dollarama.

On that same day, RioCan completed its acquisition of the remaining 80 per cent of Meadow Ridge in Ajax, Ont. from Sun Life for $30 million. The 112,000-square-foot grocery store-anchored centre is leased to Sobeys, GoodLife Fitness and Dollarama. The property has a cap rate of 5.6 per cent.

As part of RioCan’s program to recycle capital to acquire higher growth assets, it completed the sale of five Quebec properties with a weighted average cap rate of 6.8 per cent for $120.1 million on Jan. 6. The total debt associated with the assets was $21 million and carried an average interest rate of 4.1 per cent.

RioCan is Canada’s largest REIT and was valued at approximately $14.7 billion as of Sept. 30. It had ownership interests in 340 retail properties containing more than 80 million square feet in Canada and the United States as of that date, and its portfolio also includes 15 properties under development in Canada.