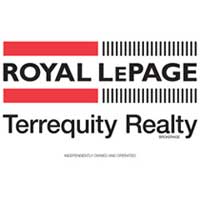 Royal LePage is snapping up regional franchises from its competitors and working to secure its position as one of the dominant players in Canada’s real estate market.

In the last year, the Toronto-based realtor has acquired a number of real estate offices in Ontario and British Columbia.

The company announced in early February that it had acquired Toronto-based Coldwell Banker Terrequity Realty.  It is the largest Coldwell Banker franchise in Canada, with a network of nearly 400 agents operating out of 13 offices across the Greater Toronto Area.

Andrew Zsolt, president of Terrequity, said in a statement that Royal LePage has “firmly established itself as the dominant player in Ontario’s real estate market. Zsolt chose to merge with Royal LePage to help his realtors as they buy and sell in an increasingly competitive industry.

Phil Soper, president and CEO of Royal LePage, said in a release that Terrequity’s realtors have “created a high-performance culture hard-wired to deliver superior client service,” and said it’s a good fit with his company.

Others in B.C. and Ontario

At the time, Royal LePage senior vice president Gino Romanese said: “That this is the first time in more than a decade that Royal LePage has opened a new company-owned branch outside the Toronto area will not be lost on the industry.”

Soper said in October that Royal LePage was already the region’s dominant firm. “This position of market leadership has been further strengthened with this bold move.”

Royal LePage turned 100 years old in 2013. Its founder, A.E. LePage first established the real estate company, “the Bungalow Specialist” in July 1913.  In 1918, the firm entered the home construction business, putting up hundreds of houses in west and north Toronto.

A.E. LePage proved quite the showman, carrying out stunts liking building a house a day and constructing a fireproof house to garner news headlines. The former attracted the attention of Associate Screen News and was projected in film theatres across North America.

In the 1960s the firm became involved in commercial real estate, playing a pivotal role in the land assembly and office leasing of the Toronto-Dominion Centre. At the time, the project was the largest of its kind on the British Dominion.

In 1984, A.E. LePage and Royal Trust merged to become Royal LePage. The firm went public in 1987, trading on the Toronto, Vancouver and Montreal stock exchanges.

Today, the company has more than 14,000 realtors in over 600 offices across Canada.