It’s smooth sailing ahead for the Tri-City Centre in Cambridge, Ont.

Montreal-based Canderel Management Inc. announced in mid-November that it will invest more than $25 million into the redevelopment of the 19-acre retail site. 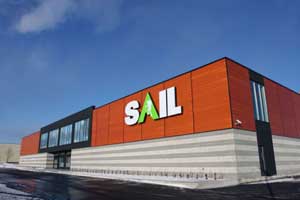 The company also announced that a 70,000-square-foot SAIL superstore will anchor the revitalized outdoor retail plaza.

“The arrival of a SAIL superstore as the site’s anchor tenant is key to our strategy of revitalizing the property,” Canderel’s Richard Diamond said in a statement.

SAIL anchor plus others

“In the coming months we expect to announce other retailers leasing new space in Tri-City Centre and reveal details about our plans to seek approvals to build up to an additional 19,000 sq. ft. of retail space on the site.”

The Tri-City Centre is a mixed-use retail and office property containing approximately 223,000 sq. ft. as well as a freestanding Tim Hortons.

Liquidation World is a tenant in the centre, while adjacent retail includes Zehrs Markets (Loblaws), a new large-format Shoppers Drug Mart, a new LCBO and a TD Bank.

The opening represents SAIL’s sixth Ontario location, joining those in the cities of Burlington, Etobicoke, Oshawa, Ottawa and Vaughan.

The company also has Quebec stores in Beloeil, Brossard, Laval and Quebec City.

Canderel (short for Canadian Developers of Real Estate) manages more than 10 million sq. ft. of assets and currently has more than $1.5 billion of developments underway or in the planning stages.

The company’s projects are many and varied. In Toronto, Canderel is building the Aura, at 78 storey, Canada’s tallest condominium tower. The developer had earlier built The Residences of College Phases I and II.

That development consists of a 45-storey tower and a second 51-storey tower containing 1,200 residential suites as well as 12 townhouses backing onto a park on the site. The development also features 9,000 sq. ft. of commercial space.

The developer’s Toronto Massey Harris Lofts came about when another developer planned to demolish the 1883 Georgian-style building. The other developer backed out and Canderel picked up the project.

Canderel left the building intact and converted it into 46 lofts, in the process preserving the building’s wood staircase, timber columns, exposed brick and original stained glass.

Jonathan Wener formed Canderel in 1975 at the age of 25. The Bachelor of Commerce graduate from Concordia University turned a passion for architecture and buildings into a life-long pursuit of acquiring, developing and managing office and industrial properties, residential condominiums and retail facilities.

Wener has devoted much of his personal time to community involvement. He launched the Defi Corporatif Canderel in 1989, raising more than $7 million for cancer research. He is the deputy chancellor of Concordia University and co-chair of that institution’s capital campaign.

Among his many other appointments, Wener sits on the boards of several museum and performing arts organizations.

In 2003, he was appointed a Member of the Order of Canada.