Should land transfer tax be phased out in Toronto?

As Toronto begins its 2014 budget-setting process, the city’s land transfer tax is becoming the focus of some of the negotiations.

A new Ipsos Reid poll shows that seven in 10 Torontonians, or 69 per cent, support a phase-out of the tax. 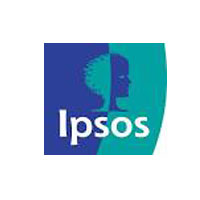 Toronto is the only Ontario municipality where home-buyers must pay the tax in addition to a similar amount for the provincial land transfer tax. The tax costs the buyer of an average detached Toronto home $12,500, according to the Toronto Real Estate Board (TREB).

Tax paid in full, up front

Home-buyers are expected to pay the tax in full, up front to city hall. The tax cannot be attached to the mortgage and is part of the closing costs of a home purchase.

The Ipsos Reid poll reported that 30 per cent of recent, first-time buyers in Toronto ended up paying some of the municipal land transfer because city hall’s first-time buyer rebate has failed to keep pace with inflation.

Seventy-two per cent of Torontonians planning to purchase a home in the next two years are more likely to consider buying outside of the city in order to avoid paying the city’s land tax, according to the poll.

Since the introduction of the tax in 2008, the amount the city collects from each average home purchase has increased by 78 per cent, more than twice the rate of home price increases over the same time period, according to TREB.

“Torontonians overwhelming support a phase-out of the Toronto Land Transfer Tax,” TREB president Diane Usher said in a release. “They have waited long enough. A phase-out of this unfair tax should start with the city’s 2014 budget.”

TREB said the city has collected over $300 million more than was originally budgeted for the tax.

In 2013, the tax was expected to bring in $346 million, according to a Toronto Star report in August.

Toronto Mayor Rob Ford had previously vowed to cut the tax by 10 per cent. But even though he spoke out against tax hikes at the beginning of the budget sessions, his authority is severely curtailed after city council stripped the scandal-ridden mayor of his powers at recent council sessions, according to CBC News.

CBC noted that city staff have recommended against any cuts to the Toronto land transfer tax.

In early November, the Toronto Real Estate Board released monthly resale market figures and said new listings on the MLS system were down and partly blamed the decrease in listings on the tax.

At the time, Usher said: “The supply of listings for many home types and price points has either been down year-over-year or least not up by the same annual rate as sales.

“The additional Land Transfer Tax in the City of Toronto and the removal of the government guarantee on high ratio mortgages on for home purchases over one million dollars have arguably led many homeowners not to list.”

Ipsos Reid conducted the poll on behalf of the Toronto Real Estate Board from Oct. 30 to Nov. 4. For the survey, a sample of 600 City of Toronto residents were interviewed online. The results are accurate to with plus or minus 4.6 percentage points had all Torontonians been surveyed.