Hospitality developer and operator Skyline International Development Inc. is no stranger to the U.S., having made its first U.S. property purchase two years ago. 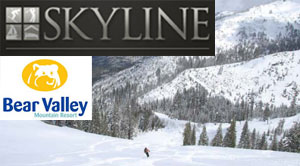 It also doesn’t expect its recent acquisition of Bear Valley Mountain Resort in northern California will be its last.

“Anything that meets our criteria, we will definitely look at,” said Skyline chief executive Michael Sneyd. “There are quite a few (potential acquisitions).

The must-haves for Toronto-based Skyline, which also owns the Deerhurst and Horseshoe Resorts, is a clear return on investment from any new additions plus potential development upside and geographic proximity to a big urban population.

Those attributes were all present with Bear Valley, according to Sneyd. Located in the Sierra mountain range between Lake Tahoe and Yosemite, Bear Valley is “a year-round, less congested, family-friendly option for skiing and other recreational activities like water sports, biking, music festivals and golf.”

The purchase of the ski area gives Skyline an option to purchase development land in Bear Valley Village for 350 residential units and add a 40,000-square-foot village centre, which includes a 53-room Lodge and a 17,000-sq.-ft. commercial complex.

Skyline has not revealed the price of the acquisition, which includes the 1,700-acre Bear Valley ski area, nine chairlifts, an approximately 2,000-stall parking lot, and a 40,000-sq.-ft. mountain base lodge.

Copeland House, the first phase of development at Horseshoe Resort, is now under construction. Skyline has also begun pre-selling its 162-unit Lakeside Lodge, which represents the last waterfront property at the 862-acre Deerhurst holding.

If sales meet expectations, construction could begin next spring. At its Blue Mountain holding, it cautiously offered up nine residential lots for sale as its first foray in that resort community. To its surprise, a local builder made the company “an offer we couldn’t refuse” and purchased all nine lots.

Last year, Skyline acquired 50 per cent of the retail component in both the village and surrounding golf course at Blue Mountain and the remaining developable land.

Skyline is also working on a waterfront development at Port McNicoll, Ont., and has a draft plan of subdivision approval for approximately 100 units.

“This is spectacular waterfront land on Georgian Bay. This is really the closest access to the GTA to the fantastic boating that you have in Georgian Bay.” Provided it receives the necessary local approvals, it expects to begin the sales process next spring.

A club binds them

Skyline International Development’s holdings, which owns more than two million sq. ft. of real estate including the boutique Cosmopolitan Hotel and Pantages Hotel in Toronto as well as the Hyatt Regency Cleveland at The Arcade, last year launched a vacation club to tie the various properties together.

The points-based club enables members to book space at Skyline properties in Ontario as well as in Cleveland and now its Bear Valley holding. As well, members can book space at an array of international destinations through a deal with Resort Condominiums International (RCI), the largest vacation property exchange club in the world.

Skyline began selling its vacation club last October and today counts more than 160 members and expects to grow it to many thousands. “We believe that the Vacation Club could be the largest division within Skyline one day,” said the CEO.

Earlier this year, Skyline went public on the Tel Aviv Stock Exchange, an odd-seeming move that makes sense given that its two main shareholders (Mishorim Developments Ltd. and Israel Land Development Corp.) together own about two-thirds of Skyline with the remainder held by Canadian institutional investors (about 15.5%) and Israeli shareholders (10.4%).

Sneyd noted that Skyline has been operating as if it were a public company well before the Israeli IPO – and since going public in Israeli it has also become a non-public reporting issuer in Ontario –  and it is eyeing a Canadian markets IPO down the road.

Before that happens, he wants Skyline to beef up its assets base. Today, it has a book value of about $146 million and total assets of $311 million and Sneyd would like the company to grow its asset base by 50% to 100%.

“We have traditionally acquired one asset a year; this year Bear Valley is our acquisition. We would love to do another one maybe later this year or early next year. We are looking at some really interesting opportunities. So with that I can see us getting to that size over the next year or two.”