For more than a decade, Richard Crenian has built ReDev Properties Ltd. into a quiet success story with a straightforward and conservative approach. 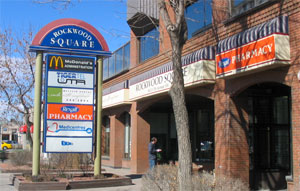 “The model we run right now is simple, we just look for cash flowing investments, we don’t want to be sitting there and making interest payments without covering our cash,” he explained. “So anything we buy has to have positive cash flow immediately, from day one, and we try and value add to every property we buy and increase cash flow, whether it is by increasing rents or adding buildings to the properties.”

Crenian, who has been in the real estate game since 1981, has seen cycles come and go and is determined not to become a down cycle victim. “We don’t do personal guarantees, they are all non-recourse mortgages,” he said, happy to pay the premium for the no-strings attached financing.

Crenian got started on his real estate career at the tender age of 21 (no surprise given he had been living on his own since 16) with the creation of a development company that focused on constructing multi-family residential rental buildings.

His firm built more than over 11,000 apartments and condos, numerous retail plazas and sales reached over one billion dollars. But there was something wrong with that business model, he said.

“By about 2000 I had had enough, I just didn’t want to do it anymore, I was getting tired,” he recalled. “The sub-trades were abusing me and we were taking all the risks. From 2000 to today, every sub trade is driving a nice truck and the developers are scrambling. The housing market also scares me, it is boom and bust, boom and bust.”

To the malls in the west

With some experience in strip malls in his previous company, Crenian decided to focus on the market subset and adopt the ultra-cautious strategy that has allowed him to create a portfolio of 25 properties across Canada. He describes his patient approach as “land tortoises, we go slow and steady.”

ReDev owes its success to an early recognition that west is best. “When I first started traveling to Alberta from here, the guys from Toronto used to laugh at me. And then five years later, I see all those same guys flying out west with me.”

Currently ReDev’s portfolio is heavily weighted to Western Canada, with 20 properties mainly in Calgary and Edmonton. Eastern properties are in smaller Ontario markets such as Guelph, Windsor, Mississauga and Ottawa.

“I have some slight regrets being in Ontario because the downturn really affected Ontario in 2007,” he said. “I think we are done with Ontario unless we get B-plus or A locations. As far as the west, we would only go to Regina, Saskatoon, Edmonton or Calgary.”

Given his western Canada preference, he is surprised that prices are “shockingly” about the same for the hotter prairie cities versus what he can find closer to home.

“There is just too much money right now for small deals, a lot of individual investors, a lot of professionals are buying these deals,” he says of the GTA market.

For about a year and a half now, simple economics (and ReDev’s deal-making discipline) have kept the Toronto-based company on the sidelines. “It’s all about the cap, so I’m not going to buy a property in the fives, I need to have a 6 or 7 cap in order for my deals to work,” said Crenian. “I’m going back in almost immediately, I’m working on a deal right now.”

The expected acquisition is in the $13-million range, which falls almost exactly in the middle of ReDev’s $5-million to $25-million deal sweet spot. “Although there’s nothing out there for $5 million.”