A rising interest in real estate in Eastern Canada has spurred Colliers International to expand its office services in Halifax office. The new real estate management additional will provide a number of services, including property management, leasing, project management, valuation and taxation. 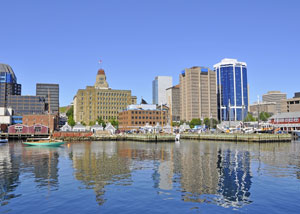 The new office is currently staffed by one individual, but Colliers anticipates adding at least one other staff member in the next month.

According to John Duda, Colliers’ senior vice -president for Eastern Canada and national accounts, companies are beginning to look to Atlantic Canada secondary markets for deals.

Halifax is certainly on the radar, Duda said, but so are smaller cities such as Fredericton and Moncton.

Duda said investment in the resource industry is buoying optimism in Atlantic Canada. He pointed to the offshore drilling around Newfoundland & Labrador and also cited the deep sea port at Belledune, N.B.

In July, Property Biz Canada reported the Cape Breton Regional Municipality was pursuing the establishment of a container in Port of Sydney, yet another example of a promising venture in Nova Scotia.

In March, TransCanada Corp. took the first steps  toward obtaining regulatory approval for its proposed $12-billion, 4,600-kilometre Energy East oil pipeline. The company wants to convert an existing natural gas pipeline and build about 1,600 kilometres of new pipeline to transport crude oil from Alberta to the Irving Oil refinery in Saint John.

Duda acknowledged Halifax is seeing plenty of development and noted such developments interest potential property owners, including his clients. “I think they still have money and that is a common theme with virtually all of our clients, that they have more money than they do product available.”

That said, Duda noted that whether a new development would meet their investment criteria is a tricky question. He recalled seeing a panel in April where all the lead investors for such large owners as Manulife and Oxford were at the table and no one could agree on investment criteria.

What they did ultimately agree on was that if they do a deal, it’s because they believe they will add value to it, Duda said. “That was key for every one of them. From my perspective, if I know what their intention is in terms of adding value and what path they’re going down and I can support that, it’s highly likely I will win the day in terms of getting that assignment.”

Adding value could mean anything from repositioning the asset, making upgrades to it, or sub-dividing the property and redeveloping a portion of it, according to Duda. “It could mean many different things and that’s what makes it complicated.”

Duda said his job is less about trying to attract other funds and investors and more about understanding what his clients want and helping them get there.

Duda, who has been in the real estate industry for 17 years, previously worked at CBRE before joining Colliers about five years ago. Besides looking after Eastern Canada, Duda is responsible for the company’s national accounts. Those add up to about 46 million sq. ft., roughly evenly split between industrial, office, retail and multi-residential.

In the East, Duda said leasing has been strong and consistent.

“I haven’t heard or witnessed anything where there’s been a big uptake, but consistent. From an acquisition perspective, I think things have been steady.”