Solid opportunities for real estate investors in the U.S.

Canadian companies were the biggest foreign investors in the United States real estate market over the past year, boosting their stake by $2 billion to $13.1 billion, and there are still opportunities to find value south of the border before it becomes too expensive. 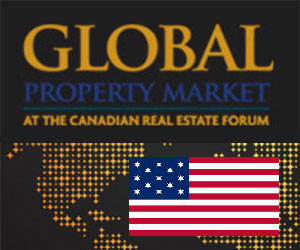 Burd started the session with a slide show and revealed that: activity volume is trending upward across all asset classes in primary and secondary U.S. markets; a lot of new product will come into the market next year; all property types are seeing meaningful net operating income growth; and capitalization rates should be able to absorb small interest rate increases.

All of these indicate there’s an upside in the U.S. and that it’s still not overpriced.

Berkshire owns or manages more than 32,000 apartment units in about 30 U.S. cities and Bottomley said the company is focusing on markets where it sees job growth for those earning between $80,000 and $150,000 annually — “people who rent by choice and not necessity,” he called them — including Seattle, Portland, San Francisco, multiple cities in Texas, Atlanta, Washington, D.C. and Raleigh-Durham.

He added the U.S. home ownership rate has decreased from 70 to 64 per cent, and he expects that to drop a bit further largely owing to “a significant slowdown in single-family housing” that will create steady growth in the rental market.

Berkshire is buying properties from developers that are still in the construction and leasing stages since Bottomley believes the company can generally get better lease returns that way. The company looks at cap rates but also takes a long-term view on properties when considering its investments.

USAA manages more than $12 billion of office, industrial, multi-family, retail and hospitality assets that include core, core-plus and value-add properties. It has about $1 billion in multi-family developments under construction in New York City, Washington, San Francisco, Dallas, Houston and Los Angeles.

“We’ve really got into developing more multi-family units in these urban areas because we were not a buyer of four- or five-per cent cap rate apartments,” said Wallace. “Some we keep on a long-term basis. Some we will construct, stabilize and then sell into the marketplace.”

USAA is purchasing value-add, multi-family properties which need to be upgraded or reconfigured and Wallace said the multi-family asset class overall is “very attractive” and one in which it will keep investing.

ViaWest specializes in industrial and office properties, but opportunistically invests in value-added, multi-family properties and commercial land. Linhart said he was “excited about the next few years in secondary markets and feel like we’re halfway through what will be a very prolonged recovery.”

On the office space front, Fink said major markets are “supply-constrained” and that San Francisco, Washington, New York, Chicago and L.A. have cap rates in the four to 4.5 per cent range.

Wallace said about 30 per cent of USAA’s office development is speculative, but it’s keying on build-to-suit structures because a lot of companies are seeking different configurations. Burd added that functional obsolescence in the office market has increased at an unexpectedly rapid rate, even in 30-year-old buildings, which is part of a “paradigm shift” in the sector.

“You have to be very careful about locations and product types,” Burd said.

Linhart said there’s a broad spectrum of industrial properties, with cap rates ranging from high single digits to low double digits, with multi-tenant facilities priced very aggressively and having cap rates at the low end of the spectrum.

“We’re buying second-generation vacancies and pooling them with some of the stabilized assets we’re buying,” Linhart said of ViaWest’s industrial investment mix.

Retail is becoming a more important component of residential developments, and walkability is a bigger factor in determining where people live.

“Millennials and to some extent the boomer generation are locating to high-quality, highly amenitized, modern, well-located residential properties,” said Bottomley.

“People are obviously buying more stuff on the Internet, but I don’t think the amount of time that people are spending out of their homes is going down,” said Linhart. “So a lot of new retail is restaurant- and leisure-focused.”

There was debate on core versus value-add properties, with Bottomley stating that well-located, high-quality core buildings “that have historically done well” may see their values and rental rates decrease during down cycles, but they consistently recover much quicker than other asset types.

Wallace said “there’s room for core in a portfolio,” but added: “You can accept a four or five per cent cap rate if you plan on holding that asset for 40 or 50 years. But we would much rather buy a core-plus asset and create that core value and be able to hold that and get higher yields and higher valuations.”

While everyone agreed there are prime opportunities in secondary markets, Fink and Bottomley think they may be better short-term than long-term investments and that capital will continue to flow into primary hubs like New York City, Boston and Chicago because people want to be there. They said these major cities also give investors more flexibility in terms of getting out quickly if economic conditions change.

“There’s a lot of activity and a lot more depth,” Bottomley said of such emerging hotbeds as Austin, Nashville and Portland. “But the real challenge is liquidity on the back end.”