Rather than let the loss of a regional economic development agency stall progress, a group of Nova Scotia business owners decided to take matters into their own hands.

A loss of federal funding to 12 provincial regional development agencies last year prompted the province to propose a system of six new regional agencies that would cover larger territories.

But rather than sit back and wait for the proposed new system, a number of business people on Nova Scotia’s South Shore decided to form their own agency in the meantime.

The South Shore Business Growth Association is a privately run, non-profit development agency. The association is composed of a five-member board and an advisory team of 10 business people. The board members have invested their own money in the agency. 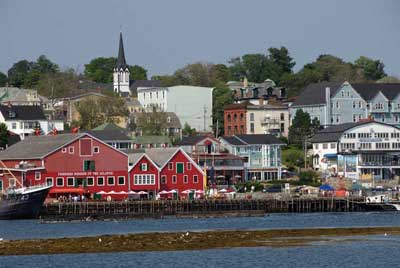 The new agency is small – Button and an assistant run things – but it has big ideas. It has targeted three sectors on the South Shore for growth: advanced manufacturing; what they’re calling the creative economy, such as a cluster of game and software developers; and food and seafood production.

“We’re a team of two,” Button says, “so we have to be laser-focused in terms of the activity that we do.”

The association’s goals are modest. Button says they want to influence the creation of 30 jobs over the next year. Thirty jobs may sound minor, but Button notes plenty of effort goes into setting up the right conditions for a business to expand in order to bring on new staff.

The agency also wants to help connect companies to create new supply chains, and has mounted a vigorous marketing campaign for the region called “Why Here?”

The latter features a website that includes a number of tools such as a business asset map, video testimonials from local business owners, and information about the region.

All of this is vital for the region. The province’s South Shore features spectacular ocean-side scenery and a number of historic quaint fishing towns. But while the area is rich in beauty, it is struggling in other ways.

Resolute Forest Product’s decision to shut down a paper-making plant and a sawmill caused the loss of some 800 jobs. Button says the indirect impact of the closures was even larger, affecting wood-lot owners, suppliers and more. “When you start to multiply that effect, it can be significant.”

At the same time, Button sees “world-class” companies operating in the region. “Right now we have a bit of proof of hypothesis,” he says. “We know it’s possible for there to be world-class businesses in rural settings. What we need to do is get the scale.”

When the association formed, the founding members decided it was important to make their own investment in the concept. “We were able to take that financial commitment from the visionary business people who were involved, and I think that’s a testament to the type of business people we have here on the South Shore,” Button says.

By putting their own money into the fledgling association, the agency was then able to leverage project dollars from both the province and the municipalities.
Notes Button: “They put their own dollars on the table to say this is important work that needs to be done and nobody else is going to do it if we don’t.”

To be sure, the timeline for the province to establish the six regional development agencies is up in the air. A previous issue over the use of regional agency funds hasn’t helped matters, either. In 2010, the provincial ombudsman released a critical report on the then-South West Shore Development Agency, taking it to task for the misuse of hundreds of thousands of dollars.

The ombudsman wrote: “The examples of lack of Board governance and certain financial transactions affects the SWSDA’s credibility in the public eye. This is damaging for any organization and has a ripple effect on similar organizations and all provincial RDAs.”

Nonetheless, Button says a need still exists for provincially and municipally funded agencies and that their privately funded, non-profit association isn’t meant to replace what came before, but only to help focus on one area of development.

“There’s other sectors of opportunities that need focus and attention, so there’s a lot of work to get done.”