Mississauga’s Square One Shopping Centre has achieved remarkable year-over-year monthly sales increases of 10 per cent in 2015, becoming one of the most productive malls in Canada in the process. 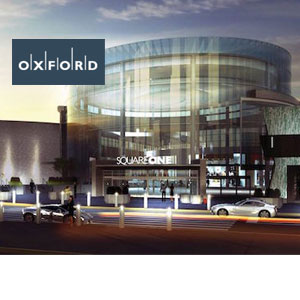 “We’ve been in a positive trajectory over the last 24 months,” said general manager Greg Taylor.

Square One’s sales were $910 per square foot in 2014, according to a Retail Insider report published in May, and have grown to $975 per square foot thanks to the introduction of new retailers, renovations, expansion and a focus on superior experiences for visitors.

Renovations and other improvements

Square One has enhanced its appearance with a 60-foot high grand rotunda at its north entrance leading into a large glass atrium. Outdoor spaces have been made more pedestrian- and cyclist-friendly with a park-like atmosphere that includes greenery-lined pathways, commissioned public art, a fountain and seating.

“A lot of the elements for our renovation came from feedback from our customers,” said Taylor, adding Square One’s more than 8,300 parking stalls surpass any shopping centre in the Greater Toronto Area.

Increased food offerings, including a food court that’s grown in size by 40 per cent, more and larger family washrooms, valet parking and a strong commitment to customer service are some of the other drivers of Square One’s improved sales and visitor experiences.

Square One recently added 113,000 square feet of new-to-market stores to its retail mix.

“The reaction has been very favourable,” said Taylor. “They’ve only been open for a few weeks and sales are exceeding projections.”

Beauty and make-up specialist NYX had a “fabulous opening” with its first Canadian store, according to Taylor, while clothing, accessories and apartment items retailer Urban Outfitters launched its first Ontario shopping centre location in Square One.

“These three new openings are a really neat opportunity for us to be dynamic and strategic in our leasing and touch new customers that can discover us for the first time,” said Taylor.

A new concept Sport Chek, which adds digital interaction via touch points throughout the store, opened Wednesday and should cater to tech-savvy consumers. A Dollarama, relocated from elsewhere in the mall, opens today.

Square One is also on schedule to open a new south wing in the spring. It will be home to several premium and aspirational brands, including a flagship 120,000-square-foot Holt Renfrew. Quebec fashion retailer La Maison Simons will open its first Ontario store in a new 112,000-square-foot location.

Menswear purveyor Harry Rosen will relocate from its current spot to a 19,000-square-foot space. Ben Sherman, Kate Spade, Marc Cain, Stuart Weitzman and Jamie’s Italian restaurant are among the other outlets that will open in the new wing.

“At least $1,050 per square foot is well within our range of what we’d like to see for Square One” once all of the new stores open, said Taylor.