Standard Life Investments back as a buyer in 2014

After a year spent largely on the sidelines, Standard Life Investments is back in acquisition mode, having made nearly $80-million worth of investments so far in 2014 in the GTA with another deal, its largest to date, expected to close this week. 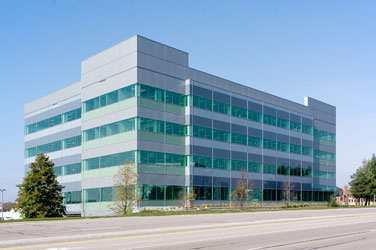 As an investor, Standard Life has shifted its focus from home run deals to more of a bunts and singles approach.

“We would love to be buying the brand new, big flashy stuff of course, but that stuff has gotten more dear, more expensive,” said Blair McCreadie, head of Canadian real estate with Standard Life Investments. His solution has been to focus on “mid-tier” properties in the $20-million to $70-million range with payback potential through better operational discipline.

“It is tough to find quality today, and if there is quality, the pricing is off the charts,” he said. “So we sort of poke around and try and find deals where there is strategy around them. It is not like buying First Canadian Place and you know what is going to happen. It is not just about buying and sitting on the asset and watching cap rates go down, it is about buying and using your skills as an asset manager to make it more valuable.”

Back, in a smaller way

Standard Life’s bargain picker’s approach is a major shift from the company’s 2011 and 2012 heyday, when it was making in excess of $300-million annually in real estate acquisitions.

“We were the most active acquirer in Canada in the IPD universe in 2011 and we were the fourth most active in 2012. We did one deal last year,” said McCreadie.

Standard Life’s investment arm sat out most of 2013 for a simple reason: “We just felt the market had got overpriced,” he said. “We thought it was probably a better time to sell than to buy and so we sold a few assets and we only really found one deal we were comfortable in doing.”

This year, the market “has moved” and “we are getting better deals than we were a year ago.”

Recent purchases include a trio of office properties in the Airport Corporate Centre in Mississauga acquired for $26 million. It also acquired a newly built, 96,000 square foot office building located at 7100 West Credit Avenue in Mississauga (shown in image), purchased for approximately $34 million. Those two purchases were made for the big, established $1.42-billion Standard Life Real Estate Fund (SLREF). It also sold three “non-core” assets in early 2014 for approximately $22 million.

Standard Life Investments also purchased the first asset for the new Canadian Real Estate Fund (CREF): a 53,000 square foot shopping centre located in Ajax, which it purchased for $18.4 million. The recently built centre is anchored by Loblaw (No Frills), Shoppers Drug Mart and TD Canada Trust, and has approximately 3,300 square feet of additional density on-site. The new CREF vehicle “is an open-ended Core Plus fund which is structured as a limited partnership with the ability to enable global investors to access the Canadian market.” Currently in the capital raise period, Standard Life Investments expects to acquire upwards of $250 million in retail, industrial & office assets in the six major Canadian markets over the coming years through the fund.

It is also close to closing on a purchase of a mixed-use property – “a high $40-million deal” in Halifax, marking Standard Life Investment’s first foray into that market. Currently, its assets are predominately in Ontario and Alberta.

Industrial properties comprise the biggest component of its established fund (about 40% by value) which is unusual for those playing in the open-ended fund business. Office is the next biggest component, followed by retail.

“If you look back at the last number of years at IPD, industrial has been a massive underperformer, but that is starting to change. There is a lot more interest in industrial today because people are thinking with ecommerce, distribution facilities, and Ontario is recovering with some massive numbers in automotive production coming and the Canadian dollar is better from an export perspective.

“There is a lot of attention on eastern Canada’s industrial market and we have a bunch of it,” he said. “Office is our biggest concern with the amount of supply that is going on in every major market and so that is not something that we are pursuing in those markets for sure. I think there is some opportunity in retail still.”

It’s all but certain that Standard Life will not approach the $300-million mark for acquisitions that it topped in 2011 and 2012. That is not necessarily a bad thing, said McCreadie.

“It is not a time to be an aggressive buyer in my opinion in real estate. We have had interest rates getting better for the last 20 years. It makes you look pretty smart when the property just gets more valuable just because interest rates went down whereas now that is not happening. You need to buy better and be careful, buy stuff that has income protection or maybe some income improvement.”