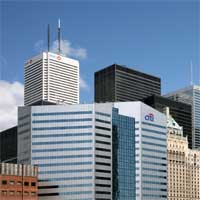 Tenants may have the upper hand in Toronto’s softening downtown office market. A new study from commercial real estate broker Avison Young says the market turned in its poorest results in 10 years in the fourth quarter of 2013 when more space was returned to the marketplace than was leased.

The study demonstrated availability rates across Toronto’s core are far from uniform. Avison Young pegged the overall fourth quarter 2013 availability rate in the downtown  at 10.1 per cent. On a street-by-street basis, the vacancy rate ranged from seven per cent all the way up to 26%.

Bill Argeropoulos, vice-president and director of research (Canada) for Avison Young, said in a statement that tenants and landlords both need to determine “how soft” their street is and to be prepared to negotiate beyond the advertised asking price.

“Knowing where to look for future, as well as current opportunities for premises in the marketplace can give tenants additional leverage,” Argeropoulos said. “Given the soft market conditions we are entering, both landlords’ and tenants’ negotiating prowess will certainly be tested.”

The study examined 140 office buildings in all classes, both existing and under-construction, representing a total area of approximately 49 million square feet in downtown Toronto. The study area was largely within the boundaries of the financial core, but included some additional “competitive” buildings on certain streets.

It focused on inventory levels and vacancy rates on 10 prime streets for commercial office space in the city’s core.

Three streets – Yonge, Richmond and Wellington – are outperforming the overall average availability with seven to eight per cent vacancy rates.  Yonge and Richmond are also two of the three smallest streets in the study with respect to total inventory.

The urban spine of Canada’s financial sector, King Street and Bay Street, also have availability rates at 11% and 12%, respectively, marginally above the downtown average.

York Street and Adelaide Street  had vacancy rates of 26 and 24 per cent, respectively, although buildings currently under construction skewed those numbers, the study noted.

One York Street, located in the expanding South Core area, accounts for 82 per cent of all the available space on the street.

On Adelaide Street, fully 80 per cent of the 1.1 million sq. ft. of available space is found in the Bay Adelaide Centre East Tower and the Ernst & Young Tower, both of which are under construction.

From Queen to College Streets along University Avenue, there is 13% available rising to 17% in the southern section of the street. Availability of space in MaRS Centre Phase 2, currently under construction, increased the class-A rate in the northern section to 35%.

Deals underway for buildings under construction

The vacancy rates are expected to drop in some of the new developments as deals are already underway to take up much of the remaining space, Argeropoulos noted.

He said the different streets offer a cross-section of the evolving needs of business in Toronto’s downtown, from turn-of-the-20th-century buildings to those currently under construction. While existing buildings may be vacated in favour of newer stock, those addresses are not necessarily at a disadvantage as they remain prime locations in the downtown core.

“Some tenants are drawn to a particular style or vintage of building that suits their corporate image, while others may find the combination of modest floor plates and an affordable downtown address a good fit,” Argeropoulos said.