Last week’s announcement that Target Canada would close all 133 of its stores will have a bigger impact on landlords than losing income from an anchor tenant, and it’s just one of the pieces of disheartening news in today’s unsettled retail real estate market. 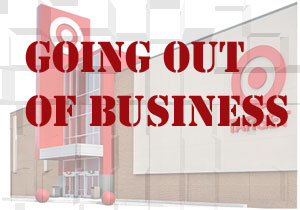 Target locations occupy about 20 million square feet of space, and its departure will affect 20 landlords across the country. RioCan Real Estate Investment Trust (REI.UN-T) has 26 properties leased by Target (TGT-N), followed by fellow REITs  Morguard (MRG.UN-T) with 15, H&R (HR.UN-T) with nine and Cominar (CUF.UN-T) with six. The remaining stores are spread around relatively evenly among 16 other companies.

RioCan announced last week that Target represents less than two per cent of its annual rental revenue and that it expects the “interruption to revenue will be minimal, if at all.”

But Matthew Smith, the senior vice-president of capital markets for JLL’s National Retail Investment Group, told a Jan. 19 meeting of the Commercial Real Estate Lenders Association at JLL’s downtown Toronto office there are bigger considerations to take into account. JLL’s National Retail Investment Group specializes in the acquisition, disposition, debt and equity finance of retail properties, and it tracks more than 10,000 of them across Canada.

“Beyond the sales impact it will have on the rest of the mall, there are co-tenancy clauses throughout these malls with every mid-size, secondary anchor such as Staples, Best Buy, Winners, Mark’s Work Wearhouse and everybody else,” said Smith. “They could all go dark once Target goes dark.”

A co-tenancy clause is a provision in a shopping mall lease that provides for a remedy for a tenant in the form of a rent reduction or release from lease obligations should a major anchor tenant cease operations or move.

While Smith doesn’t expect this to be the case in many centres, secondary malls that may not be totally healthy to begin with are most at risk.

There are opportunities for other retailers to take over the best Target locations after they close in the next four to five months, and Smith said Walmart (WMT-N) is eyeing 40 locations while Metro (MRU-T) is looking at 10 and Sobeys and Loblaw (L-T) have interest in about five each. There’s also an option for the stores to be broken down into smaller units, but Smith said that didn’t happen with many of the former Zellers stores Target didn’t take over and he doesn’t expect that to be widespread this time either.

IKEA has plans to put smaller-format stores in markets of 250,000 to 500,000 over the next two years, but the Swedish furniture and accessories merchant generally likes to have its own footprint and to design its own space, so it’s unlikely that it would be interested in many, if any, Target locations.

RioCan and H&R’s leases are guaranteed by Target Canada’s American parent, generally for their remaining terms, but Smith pointed out that not everyone is so fortunate. Target obtained an initial order from the Ontario Superior Court of Justice for creditor protection under the Companies’ Creditors Arrangement Act while it winds down operations, and landlords with Canada-only covenants may have to go through the court system and find it tougher to collect the full amounts owed to them.

While Target consumed much of Smith’s presentation, he also touched on other Canadian retail real estate issues.

Sears’ (SCC-T) range of retail operations has three times the number of locations and twice the number of employees as Target, and it has been at least as large a cause of worry as sales have been dropping for years, layoffs have been heavy and it has sold many of its prime leases.

E-retail sales are increasing by about eight per cent per year, while overall retail sales are increasing by only 1.5 per cent, and some retailers are changing their business models as part of this trend. Staples (SPLS-Q), Best Buy (BBY-N) and Future Shop are looking to reduce the size of their stores from up to 25,000 square feet to as few as 8,000, which will affect numerous shopping centres across the country.

“Right now it’s still a very minor portion of overall retail sales, but if it’s growing at that rate it’s going to start having an effect over the next two to three years,” said Smith.

Smart Set’s 107 stores have disappeared, Jacob shuttered its 92 outlets and Mexx’s 95 shops are being liquidated, while a number of ancillary fashion tenants in malls are also experiencing financial challenges. Target’s closure may expedite this negative trend in many markets.

“If they’re not struggling in terms of sales, they’re certainly starting to push back to landlords on lease renewals, and it’s going to cause a lot of problems going forward for a lot of landlords across the country with these smaller fashion retailers,” said Smith.

Retail construction has been heavily concentrated in Alberta and Saskatchewan recently and, with their resource-driven economies slowing, Smith thinks they could have a potential over-supply of retail when these new properties come on stream if oil prices don’t rebound and housing prices drop.

Public and institutional investors are pulling out of secondary markets they eagerly entered midway through the last decade, as they’re narrowing their focus on Canada’s largest cities. Smith said this “is great for private players and has allowed a lot of new players into the market.”