Boutique real estate finance company Terra Firma Capital Corporation has been carving a growing niche for itself over the past five years through customized debt and equity solutions for developers and property owners. 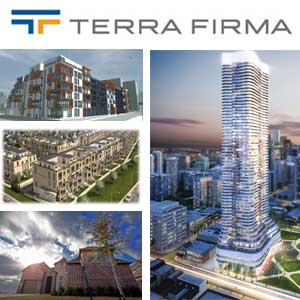 “Terra Firma’s business plan is to not buy or develop properties, but to provide capital and debt capital to people who are developing, acquiring and managing, and to generate equity returns in the mid- to high-teens,” said chief executive officer Y. Dov Meyer.

The publicly traded company (TII-X) has a market cap of about $50 million, but has done more than $300 million in loan originations since 2011 through a rather unique business model.

Terra Firma will fund a loan with its own funds and then invite co-investors to purchase up to 80 per cent of its value at a lower return rate, recycling money into its balance sheet to be used for other deals.

“As long as we’re picking the right developer and the right opportunity, we can multiply ourselves many, many times and do a lot more than a single developer can do in a day because our capital is working for us,” said Meyer.

“We allow our investors to participate on a deal-by-deal basis. It’s not a fund. They can choose what deals they want to commit to at their discretion.”

(Images from the 11 Wellesley and Terra Firma websites show thumbnails of buildings where Terra Firma has participated as a lender.)

Investors in these syndications — including high net worth individuals, family offices, small pension funds and charitable foundations — can create diversification in their portfolios while receiving monthly distributions from Terra Firma.

Well-established developers and property owners that are bankable, but underserved by conventional banks, benefit from the loans from Terra Firma to acquire land, construct buildings or improve existing properties. Terra Firma is focused on investing in all types of residential development and providing mezzanine loans on income-producing properties.

“We’ve had over 20 per cent return on equity year-over-year for the last three years and zero losses,” said Meyer.

Terra Firma has grown to include seven investment professionals and two support staffers and has just moved into a new Toronto office on St. Clair Avenue just east of Yonge Street.

While the company has established a network of about 80 partners in Ontario, it hired president and chief operating officer Glen Watchorn a year ago to guide its expansion and establish new relationships in the United States.

Terra Firma has since done four U.S. deals, including the recent closing of an $11.4-million loan to finance a land transaction in Charlotte, N.C. in partnership with the Walton Group of Companies.

Closer to home, Lanterra Developments approached Terra Firma about two-and-a-half years ago and asked it to participate in the purchase of the site for a 739-unit condominium development at 11 Wellesley St. between Yonge and Bay streets in Toronto that Meyer said is completely sold well ahead of its scheduled 2018 occupancy.

“It was a good opportunity to invest with a premier developer at a premier location at a point in time when most of the risk in the transaction is taken out. The property is now zoned and has pre-sales and construction financing, and the excavation is almost done.”

Other notable Toronto transactions Terra Firma has been involved in include: acquiring land at Downsview Park being developed by Mattamy Homes and Urbancorp; and Urbancorp’s 660-unit Edge on Triangle Park and The Curve condominium developments in the vicinity of Queen and Dufferin streets.

Terra Firma would consider financing projects in other parts of Canada and internationally if the right opportunity presented itself, but for now is focusing on the local market and its nascent U.S. investments.

“There’s constant demand for our capital here, so I think we can double the size of our portfolio just in Ontario,” said Meyer.

Terra Firma’s average transaction is now worth about $5 million, though it’s still willing to get involved with those for less than $1 million because Meyer said “every deal that we’re doing is an investment in the future” for a company still in growth mode.

Terra Firma issued its third-quarter financial results earlier this month and reported total revenue of $4.9 million, up 51 per cent from the same period last year. Net income more than doubled to $1.9 million compared to Q3 2014.

Terra Firma’s stock price has a 52-week range of between 59 cents to $1.05 and closed on Monday at 85 cents. Meyer believes it’s trading at a discount and he’s buying shares in the company as proof of his faith in the future.

“I’m very pleased with what we’ve done up until now, but I really believe that we’ve only opened up the door towards the growth of the company,” he said. “As we continue to do what we’re doing, the market will recognize the value and we’ll continue to grow at an even faster pace.”