Plunging energy prices is reason to be wary of the Alberta market admitted the alternative lenders on a panel at the 2015 RealCapital Conference. 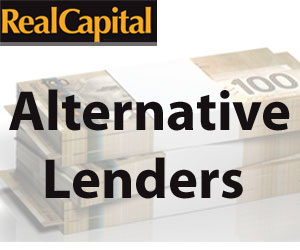 That concern will result in doing more due diligence and playing it more conservatively rather than pulling out of cities like Calgary altogether. However, Alberta’s current volatile conditions are not necessarily bad for nimble alternative lenders; rather, it affords them deal flow that would not have existed otherwise, the participants all noted.

Michael Carragher, vice-president of mortgage investments, said Firm Capital Corporation’s current preferred markets are Ontario and the GTA specifically and the asset mix includes “residential, whether it be land, development, construction financing, we do a lot of infill construction financing . . .

“We still think the fundamentals of the condo market, even in Toronto, are OK. Having said that, we are concerned about the luxury side of that marketplace. We do like all the other asset classes that everybody likes, multi-family, industrial and also retail.

“From a volume perspective, the reality is it will be challenging to do the same level of volumes that we did last year,” Carragher added. “Last year, we did $700 million in business.”

Managing partner Pierre Leonard said Romspen Investment Corporation expects to lend about $500 million again this year. The bulk will be in the U.S., followed by Ontario and Quebec and B.C. “With that being said, we just closed a deal in Alberta for some industrial land development last month. Depending on the merits of the deal, there is always a way to structure it and make it work.”

Trez Capital, which aims to lend about $1 billion this year, is focusing on bigger deals and upping its presence in Quebec.

“The increased competition that we hear a lot about, at least in the alternative lending space . . . we are seeing a lot of it in the $3-million to $10-million space,” said vice-president of lending Noah Mintz. “The reality is there is not a lot of people out there who are doing $10 million (to) $20 million-plus, or they have to syndicate it.

“We have found our niche there and have started to do a lot more in that space.”

Last week’s presentation ended with a slideshow of recent deals by the four companies.

Firm Capital: A $30.5-million acquisition and construction loan for the redevelopment of a 16-storey, 229-room hotel converted into student residences. The deal included a $14-million loan for the $28-million purchase price and $16.5 million for construction. (Eating area shown in image).

The “relatively normal” transaction came after another lender backed out just one week prior to the purchase closing because it had environmental concerns (asbestos). Firm Capital came up with purchase financing in five days.

Trez Capital: $49.8 million loan for a portfolio of six income-producing retail assets in secondary markets in Ontario that closed less than a month ago. Challenges included past legal issues, multiple assets and secondary assets, and time constraints.

Most “risks” that scared off Tier One lenders were either resolved or minor, Mintz noted. “There is real risk and there is perceived risk and in our business that is probably the biggest thing for us to get our head around.” 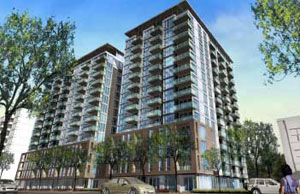 Romspen: The firm lent $45 million to build a two-tower, 15-storey, 284-unit condo development in Montreal (Condo shown in image). Challenges included a large loan for the Montreal market, an experienced construction company that had not done much high-density development and a short window to close (less than six weeks).

Romspen’s analysis backed the deal given 78 per cent pre-sales, adequate purchaser deposits and a 65% loan to value. Six months later, the builder is on budget and set to deliver the first two floors of condos to purchasers.

“We looked at our exposure at the end of the day on a 10,000-sq- ft. office building at $1.5 million. We were comfortable” given comparable rents in the area and prior book of business with the developer. The reno has since been completed on time and on budget.”