The evolution of retail 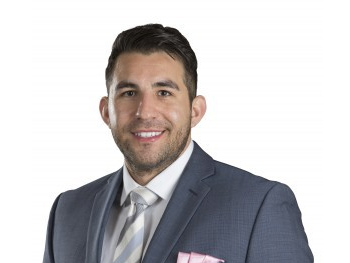 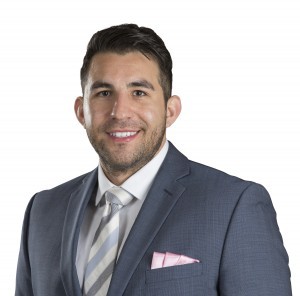 With technological advancements facilitating consumers’ ability to shop, the emergence of e-commerce continues to gain momentum. Many experts once believed the future of retail would lie primarily within the e-commerce marketplace as online retailers were expected to overtake traditional brick-and-mortar chains.

As a younger generation of shoppers become the main consumers within our marketplace, will e-commerce continue to dominate?

Nasdaq Advisory Services senior retail analyst Calvin Silva spoke at the end of 2014 about how brick-and-mortar merchants — which have been cast as the underdog by industry pundits and media alike in recent years compared to online merchants, most notably Amazon — might have the competitive advantage after all.

At first glance, this statement is confusing when you look at the market share held by a company such as Amazon. Amazon was founded on July 5, 1994 and, 21 years later, surpassed Walmart as the most valuable retailer in the United States by market capitalization.

As the largest Internet-based retailer in the U.S., Amazon’s revenue in 2014 was calculated $88.988 billion.

Online isn’t the only way

Amazon has revolutionized the way consumers behave. However, companies such as Amazon will need to evolve and adhere to the behaviours of consumers if they hope to sustain long-term growth.

Retailers that are considered to operate solely in the e-commerce market are now experiencing challenges favouring traditional brick-and-mortar shopping.

Convenience and access to worldwide inventory is what has made online shopping attractive to consumers. Nonetheless, the majority of consumers still want to feel the products before they purchase them.

This is a challenge for pure-play e-commerce retailers, as the past few years have shown the biggest winners within the retail market have been retailers with productive brick-and-mortar footprints.

So how do pure-play retailers evolve to adhere to consumer demands?

The answer for both pure-play and brick-and-mortar retailers lies in operating in middle ground. It’s unlikely the future of retail will be dominated by online shopping.

One trend likely to emerge in the coming years for pure-play retailers will be establishing a presence of pick-up stores. Pick-up stores will provide consumers with the convenience of online shopping and a tactile experience.

Another key feature associated with pick-up stores will be the consumer’s ability to return or exchange products without having to ship the product back to the company’s distribution centre.

In order to compete with the emergence of pick-up stores, brick-and-mortar retailers will need to enrich the shopping experience. This demand will be fuelled primarily by the next generation of shoppers. Brick-and-mortar retailers will need to explore technological options providing consumers with an enhanced and interactive shopping experience that aims at customer satisfaction.

The future of retail will look much different compared to the past. Technology will become an invaluable tool that will be used to intrigue the interests of consumers. Providing an enhanced and interactive experience for consumers will drive the evolution of the industry.

Technology will no longer become the medium of shopping; rather it will become a foundation to enhance the consumer’s shopping experience. The evolution of retail has already begun and it’s only a matter of time before more retailers explore different avenues to provide consumers with a shopping experience like never witnessed before.

Alvaro is a very welcome addition to the ICR team. As our Market Analyst he is responsible for gathering and compiling much of the information regarding the real estate market…

Alvaro is a very welcome addition to the ICR team. As our Market Analyst he is responsible for gathering and compiling much of the information regarding the real estate market…