FIRE in Toronto’s office sector is a good thing

The office building boom in the GTA, particularly in the city’s downtown core where four million square feet of class-A space is coming online in the next few years, has many wondering what level of disruption will be created. 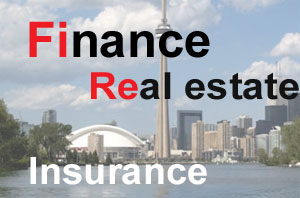 Colliers Canada, for one, is not particularly concerned. Its recent Commercial Real Estate Forecast predicts the so-called FIRE sector (financial, insurance and real estate) will “take the lead in the growing office market in the Greater Toronto Area.”

“I was a little surprised by how strong the FIRE sector is in that market and how stable it has been and the impact it has had on the demand,” said Curtis Scott, Colliers’ Vancouver-based national market intelligence analyst.

The analyst said Colliers is relying in part on a report from the  Conference Board of Canada highlights that the FIRE sector will post high growth rates in the short term with an increase of 3.3%.

The big story for the national capital is the impact that the federal government has had and will have going forward with its program to reduce its office footprint. “Their vacancy almost doubled,” Scott observed.

The Colliers analyst is still upbeat about the Ottawa market, expecting non-government tenants to pick up the slack over the 2014-17 time period.

“Something promising there is the outlook that the IT or the tech sector has,” Scott said. “There seems to be a shift to take up some of that space.”

Montreal has a similar story to Ottawa’s, the advisory firm predicts. A decline in investment “due to political issues” will be offset by growing aerospace and high-tech industries.

The three big markets in the West look to be in the “cautious optimism” phase, Colliers said. In Calgary, supply is abundant and demand is hesitant due to the political uncertainty around two major pipeline projects while Vancouver’s office market is expecting “plenty of AAA office supply over the next three years,” which will hurt the demand for lower quality A- and B-class office buildings.

Overall, a strengthening United States economy and softening loonie should be good for industrial markets over the next few years, particularly job growth and increased investment in the aerospace and technology sector (Montreal), and billions invested in natural resource production (Calgary and Edmonton).

Edmonton and Calgary may not be red hot any longer, but they are still smouldering.

“Calgary is seeing long-term non-residential construction projects in the billions as well as improved job growth, consumer spending, and personal income gains,” Colliers said. “Edmonton will see similar growth trends with the goods-producing sectors carrying the highest gains. However, the decisions regarding the development of the pipelines will have a significant impact on the industrial sectors future growth.”

The firm expects three-year growth of 3% and 1.4% for Calgary and Edmonton’s industrial sectors, respectively.

Similarly in Montreal, aerospace and technology strength is expected to boost the industrial employment outlook by 3.2% on average over the next three years.

And the characteristically steady industrial sector in Ottawa should benefit from the City of Ottawa’s major capital improvement projects, mainly the new Light Rapid Transit system. Colliers expects the industrial employment outlook by 2.9% on average over the next three years.