Vancouver-based City Office REIT (CIO-N) intended to list in Canada before ultimately deciding to list in the United States. After this week, it might regret that decision. 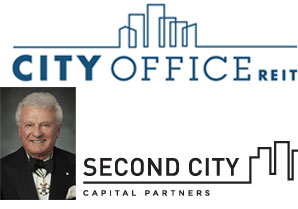 “We initially went out at US$100 million when the market really got hammered last Thursday which was our pricing day,” explained Jamie Farrar, the REIT’s chief executive officer.

The REIT was forced to cut its unit price from its planned for range of US$14 to US$16 a share. (All dollar figures are US unless otherwise noted). In the end its shares were priced at US$12.50 in the IPO and raised $72.5 million.

Despite coming up more than a quarter short of its initial target, the REIT has about $33 million of cash on hand following the offering, which it intends to devote to acquisitions in its U.S. south and southwest second-tier city strategy.

“Assuming we maintain, say, a 50-50 capital structure, call it $70 million of purchases, we have a number in our pipeline and we think we will be back in the market (raising money) probably early fall, but that is based on us getting recognition for the value that we are creating,” said Farrar.

“We took a big haircut from our $14 to $16 range to $12.50 and we think as we start paying dividends and we edge back up, at that point we will be coming back to the market for the next acquisitions.”

City Office is currently targeting 12 U.S. markets in the U.S. south and west, 10 in which it already owns property. Its list includes four cities in Texas (Dallas, Houston, San Antonio, Austin), as well as Tampa Bay, Orlando and Phoenix.

After the IPO, it owns six office complexes comprised of 16 office buildings for a total of 1.85 million square feet of net rentable area in Boise, Denver, Portland, Tampa, Allentown and Orlando.

Acquisitions are not hard to find. The REIT has purchased more than $200 million worth of office properties in the last 10 months, typically at 7.5 to 8.5 cap range.

“Good markets, well-located real estate, between 30% to 50% discounts to replacement costs, high-quality credit tenants,” Farrar said of the REIT’s strategy. “There are lots of deals out there. Our deal size is a little smaller; it is in the $20 million to $50 million deal range.”

That is proving to be a sweet spot for City Office in what it calls the “non-gateway” markets. Big institutional buyers are either not interested in the cities the REIT is currently hunting in or they are purchasing assets with price tags greater than $50 million, said the REIT CEO.

“We haven’t had competition from the big REITs yet in the deal size we are in and that is a big deal size for local operators who we find to be our primary competitors,” he said. “We find it to be a nice niche.

“I’m not saying there is no competition, but there are fewer bids within that kind of range.”

Listing in the States also has presented City Office with a level of scrutiny that it would not have faced in Canada. Early evidence of that was found in an April 10 article at Seeking Alpha with the less than kind headline “City Office REIT IPO might not be the best use of portfolio space.”

The article cited the REIT’s “dependence on the continued growth of the economy and top tenants (worth 60% of revenue)” as reasons for investors to be cautious. “They were very critical,” said Farrar.

“All I can say is when you look at our portfolio, based on our value today, we are about $150 a square foot for office property. Office property replacement cost would be in the $300 range. Sixty per cent of our tenants are investment grade, subsidiaries of investment grade companies or government agencies.”

On a rental basis, City Office is about $19 per sq. ft. gross, said its CEO, compared to about $30 to $40 in Canada for comparable properties.

“The markets that we are in have been hammered, rates are now starting to move because vacancy is tightening in all these markets and we are still well below the levels for supporting new development (other than a few hotspots like in Austin and Houston),” he said.

“For the most part in our markets, there is very little development. Rates will have to continue to move in order to get to a level where it is economic to develop. But these markets are growing fast. We just see it as an ideal time to buy: discount to replacement costs, great time in the cycle.”

City Office grew out of the real estate holdings of Sam Belzberg, who remains the largest shareholder with approximately a 20% stake in the REIT (Belzberg shown in image above). The REIT was spun out of Belzberg’s real estate and private equity company, Second City Group, where Farrar is listed as managing director.

While Second City provided most of the assets currently in the REIT, the company will not be able to sell properties to the REIT in the future without a full vote of shareholders. “We don’t want any self dealing perception,” said the REIT’s CEO.