Less than a year after it shut the division down, Triovest Realty Advisors has relaunched its retail leasing group. 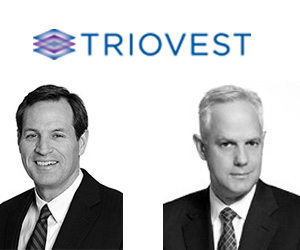 Kim McInnes, Triovest’s president and chief executive, said the decision to get back into the retail leasing field was prompted by the company’s client base.

“Our clients are saying `Look, we want retail in the GTA and unless you have the right team . . . we will have to give the business to someone else,” he explained. “So we made a very conscious decision to say ‘no, you are not going to give it to someone else, we are going to build it ourselves.’ ”

Although it is still early days for the retail group, McInnes said there are early indications of success. “We bid very aggressively on a couple of retail properties on behalf of our clients that really before we wouldn’t have had a chance to do.”

The key to the long-term success of Triovest’s renewed retail push will depend on the knowledge and connection of Falls and Crombie, two industry vets. Falls has worked in senior roles for the likes of KPMG and Oxford Properties Group, while Crombie has spent much of his career at Cushman & Wakefield, most recently as senior managing director of retail services.

“They have a bunch of contacts in the market,” said McInnes. “(Crombie) is very active in the market and he worked for a number of landlords and is very focused on the off-market deals, which is what we really want to do.”

McInnes, himself a veteran of Ivanhoe Cambridge, said Triovest is now firmly in growth mode. “We are absolutely in a growth mode, we have reset the organizational structure, we have got a very supportive shareholder, and we have put in place all the building blocks for the business.”

It all comes down to “finding the right product,” he said.

Today, the retail group comprises about a dozen employees across the country.

The Triovest president said the focus on off-market transactions makes sense given how hard it is to currently acquire retail properties in Canada.

“There is a little more product than there has been, but the biggest challenge that we have is the scarcity of product, especially on the retail,” he said. “All of the fortress malls are held by the big institutions and there is no way that you are going to get them moving and the public REITs own a bunch and it is dilutive to sell.”

Triovest decided to shut down its retail services division at the start of the year following the decision by the Canada Pension Plan Investment Board to exit the retail space in Canada.

“We were their sole asset management, development manager, leasing” company,” he said. “So they sold all of their retail properties, we bid on them as well for some of our clients but we were not the successful bidder. The portfolio was broken up between a number of bidders.”

In the end, that meant Triovest lost all but one of its CPPIB management contracts as they went to competitors already affiliated with new owners or the business was taken in-house.

“It was a big sale for us, it was about $1.2 billion,” he said. “That is a huge sale in terms of assets under management.”