The REIT paid approximately $17 million for the office property at 551 King Street. The building offers 84,915 total leasable space and is 100 per cent occupied.

The tenants include the Government of New Brunswick and the National Bank of Canada. 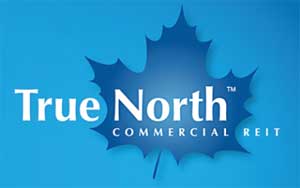 The purchase increases True North’s aggregate portfolio gross revenue from government or credit-rated tenants to about 88 per cent.

Daniel Drimmer, True North’s CEO and chair of the board of trustees, said in a statement the purchase strengthens the REIT’s presence in New Brunswick.

The building is the REIT’s second New Brunswick purchase, addint to its office/retail complex in Miramichi.

Whereas Saint John to the south is the pulsing industrial heart of New Brunswick and the likely beneficiary of mega-projects such as the TransCanada Pipeline and the Irving Ship Yard activity – Fredericton is a staid, quiet town of government workers and college professors.

However, this past spring the Conference Board of Canada said in its first ever Mid-Sized Cities Outlook that Fredericton is expected to expand this year for the first time in three years.

The board cited strong growth, with the city increasing its regional population to 97,000, an increase of more than 10,000 since 2007.

The board, which also cited a “vibrant tourism sector,” added “The city’s public sector, which includes the provincial government as well as health care and education, had been a strong area of growth in the late 2000s.

“However, the focus on deficit reduction means this sector is not expected to add much to the economy over the next couple of years.”

What is notable about the portfolio is the buildings are all nearly 100 per cent leased. And while the REIT may be small, the group of companies it belongs to is not.

Occupancy levels in the buildings average around 97 per cent.

Behind both REITs is the muscle of Starlight Investments, an asset manager for a number of public, institutional and private ventures. Starlight manages a property portfolio of more than 27,000 multi-family units in more than 350 properties across Canada and the southwestern U.S., as well as one million square feet of Canadian commercial space.

All of it is led by Drimmer, who has guided in excess of $9 billion worth of transactions in the last several years.