Vancouver's CRE sales on the rise

Commercial real estate market performance in Vancouver and the Lower Mainland in the third quarter is a good-news, bad-news story.  While the number of commercial property transactions continues to decline compared to 2012, the dollar value of those sales is on the rise. 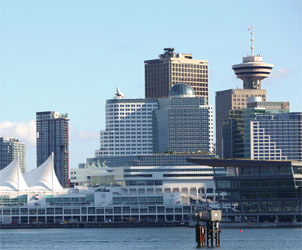 That figure represents a 16.6 per cent increase over the accumulated results for Q3 2012 and a whopping 35.7 per cent increase from the second quarter of 2013, growth that can be attributed to heightened activity in the office and retail sectors.

The number of office and retail sales in the Lower Mainland dropped 15.1 per cent compared to the same quarter of 2012, to 141 sales. Industrial land sales also fell 30.8 per cent year-over-year with 92 transactions recorded in the third quarter.

While commercial real estate sales aren’t booming in the Lower Mainland, that may be due to the amount of new development currently underway.

The report points to a number of significant project launches in Metro Vancouver in Q4 2013 alone, including the Trump International Hotel and Tower Vancouver, Empire at QE on the Cambie Corridor and Delta Rise, the area’s first high-rise in a number of years and its tallest tower.

New condo sales had a remarkably strong third quarter in Metro Vancouver with 2,703 units changing hands,  a 30 per cent increase over the same quarter in 2012.

Scott Brown, senior vice-president of  marketing services, said in Colliers International’s Vancouver Q3 2013 MarketShare Report that the quarter was surprisingly more active than that of the previous year.

“The resulting sales volume and the renewed interest of the Chinese buyer are strong indicators of the sustained demand that exists in our market,” Brown said.

The authors of the report gave “green light” ratings to a number of neighbourhoods, including Vancouver downtown; the Tri-Cities of Coquitlam, Port Coquitlam and Port Moody; and Burnaby/New Westminster.

According to the report, Burnaby features an “alarming amount of high-rise condominium development proceeding through the planning process in the Metrotown and Brentwood neighbourhoods.”