Winnipeg was ranked the best metro housing market in North America over the past decade in a recently published study by credit rating agency DBRS and, while that might surprise many, the city has quietly acquired a solid reputation in real estate circles. 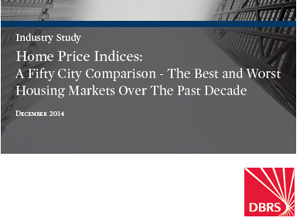 “Their economy is known for stability and steady growth,” said Fortress Real Developments senior vice-president of market research and analytics Ben Myers, who covered the Manitoba capital in a new forecast and analysis of five Canadian housing markets. “Unemployment is fairly low and income is growing at a healthy rate.”

The DBRS study, called “Home Price Indices: A Fifty City Comparison – The Best and Worst Housing Markets over the Past Decade,” looked at 50 major markets in Australia, Canada, the United Kingdom and the United States, and Winnipeg was ranked as the second-best housing market overall and the best in North America. DBRS cited the government service sector, which brings employment stability, as one of the city’s biggest advantages.

Myers said price increases have come down from the late part of the last decade when they were going up by seven or eight per cent annually, and he doesn’t expect to see such lofty increases again in the near term.

“It’s moving up at a pace above inflation, which is where we want to see it, but it looks like everyone’s predicting something in and around inflation level increases of 1.5 to two per cent next year. We would prefer to be above two per cent but, as long as it’s moving up, that’s a good place for it to be.”

“We’re happy to see the growth but, on the other hand, you get a little nervous when you have this many consecutive years of strong activity,” he said. “You want to make sure that there’s an underlying demand to support it.”

Winnipeg population growth is concentrated among younger individuals and seniors, both of whom tend to prefer multi-family housing, which bodes well for a condominium market that had approximately 1,800 resale transactions in 2014, up seven per cent over the previous year.

Much of the demand has been for suburban-style, stick-built condos, but the start of construction on two downtown highrise condos indicates more Winnipeggers are starting to embrace urban housing.

Fortress is looking to take advantage of that trend with SkyCity Centre, a mixed-use development comprised of condo units, office space and retail located one block north of the MTS Centre. The company has partnered with MADY Development Corp. on the $150-million-plus project, which is planned to be the tallest building between Toronto and Calgary. A sales presentation centre for the proposed 56-storey tower will open this spring. (Property Biz Canada, Sept. 25, 2014)

“We’re pretty confident that we can go in there and get something going that’s pretty special and that they haven’t seen before,” Myers said of the project.