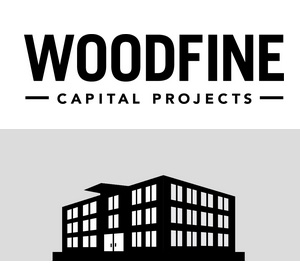 “We are in the process of conducting the feasibility assessment with Stantec Red Deer, but we’d like to build eight storeys in Sherwood Park, four storeys in Airdrie and three storeys in Okotoks. We are working with 20,000-square-foot floor plates.

“In Sherwood Park and Okotoks, there will be enough residual land to construct two Woodfine Tech Industrial buildings, creating a campus.”

Vancouver-based Woodfine said the projects will be “shovel-ready” once they’re funded, but he concedes that fundraising hasn’t been easy, partly as a result of negative news about the downturn in energy prices that has slowed the Alberta economy. His aim is to fund the company’s limited partnerships with individual investors contributing $250,000 each.

“Our partnerships are investing for the long term, and we focus on the demographics of the towns we plan to build in, looking for regional centres,” said Woodfine.

“During the boom, these regional centres really expanded. The evidence is the expansion of national retailers. Now it is time to go through and backfill the gaps with the assets that are much harder to finance: commercial office and tech industrial.”

Airdrie is six kilometres north of the Calgary city limits on the busy Queen Elizabeth II Highway, and the city of 55,000 had a 2014 growth rate of almost 11 per cent. The Woodfine property is beside a major highway interchange and major retailers located adjacent to it include Walmart, Home Depot, TD Canada Trust, Scotiabank, CIBC, London Drugs, RONA, Tim Hortons, Jiffy Lube, McDonald’s, Five Guys Burgers and Fries, and Swiss Chalet.

Okotoks has 27,000 people and is 18 kilometres south of the Calgary city limits. Industrial sectors targeted for development in the town include technology and professional services, tourism, manufacturing, research and development and logistics. Through annexation over the coming decades, Okotoks is expected to grow to approximately 80,000 people.

The Woodfine property is located beside an interchange that provides access to Okotoks from the Number 7 Highway to Calgary. Major retailers located nearby include Costco, Sleep Country, Michaels, Home Depot, GoodLife Fitness, McDonald’s, Sport Chek, Winners, Dollarama and Best Western Plus Inns & Suites.

“Investors in our funds get the lift from the development profit and the income thereafter,” said Woodfine, whose company was profiled in RENX in March. “The investments are freely tradable, like a condo title with built-in property management where the developer has an ownership interest.