Have an intensification project on the books? Read this first. 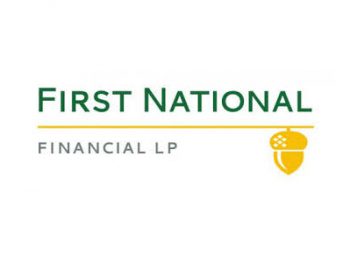 Across Canada, governments at all levels have jumped on the site intensification solution to housing shortages and for good reason. As the country’s population grows, it is economically and environmentally preferable to increase the housing density of existing neighbourhoods than to allow more urban sprawl.

However, even though intensification is promoted as good public policy (and Ontario’s recently enacted Bill 108 further entrenches such promotion in law) it does not mean owners proposing higher density redevelopments will always find clear sailing at city hall. Indeed, many times the opposite is true.

In this article, Dru McAuley, Assistant Vice President, Commercial Financing at First National and a lending expert who has financed many different types of intensification projects over the years, provides a practical guide to those who are contemplating land use densification.

The Dollars and Sense Benefits of Intensification

McAuley’s first observation is that intensification has many clear benefits. When asked to list them, he starts with a basic one: higher density projects provide more housing per hectare. In large cities like Toronto and Vancouver where the shortage of housing options is acute, this is a necessity. Additionally, when an underused urban site is redeveloped, it increases public transit use and creates what city planners call a more complete community featuring ‘healthier patterns of human activity.’

For municipalities, intensification reduces the need to build new roads and other infrastructure and brings in sought-after development charges/new property taxes from an increase in the assessment base. For these reasons, provincial governments have given municipalities planning act tools to achieve more compact neighbourhoods. In Ontario, the province’s Growth Plan requires all municipalities to accommodate a minimum of 40 percent of forecast population growth through residential intensification within their urban areas.

Beyond the social benefits, McAuley says there is a compelling economic case in favour of intensification for property owners as higher-density additions yield new sources of cash flow from otherwise underutilized or vacant properties.

With seemingly easy, abundant opportunities for intensification present in most urban areas, it’s a wonder why it doesn’t happen more often. A key factor is NYMBYism (Not In My Backyard), which is a general opposition to change for a variety of reasons. NIMBY protests are a common risk factor facing intensification projects.

Another challenge is parkland dedications that generally fall under Section 37 of Ontario’s Planning Act. It authorizes municipalities to grant increases in height and density of development in exchange for the provision of “facilities, services or matters” by the property owner, which are essentially classified as community benefits and commonly referred to as “parkland dedications.” Toronto has used this to wrest over $300 million in community cash benefits and $212 million in payments and accrued interest from developers since the city was amalgamated in 1998. This is complicated by the fact that there is no commonly applied standard to determine the value of a Section 37 contribution. This makes the cost of the contribution difficult to calculate and can lead to lengthy and substantial project delays.

In Ontario, Bill 108 passed in June seeks to remedy this situation by declaring an upper limit on the charge that can be applied in percentage terms, prescribing a date that valuation takes place (“the day before the building permit is issued”) and installing a dispute resolution mechanism. Time will tell if these changes make a meaningful difference.

McAuley’s first recommendation to property owners is to informally ask the elected municipal representative in whose ward your project will take place if he/she will support the intensification development as envisioned.  You might find the local rep will support the plan, something slightly different or indicate which type of Section 37 benefits will be required to garner support. If there is no support, then it is prudent for an investor to be aware of this from the outset. McAuley said that while gaining councillor backing is not an iron-clad guarantee that the project will make it through the approval process, it is a valuable indicator of how much friction it may encounter.

McAuley’s second suggestion is to align yourself with experienced planning consultants, lawyers, architects and builders.  A team approach is necessary. Navigating the municipal, provincial and conservation authority approval system takes skilled hands. This might seem obvious, but many investors attempt to go through the process with limited input.   For example, a very useful exercise is to engage property tax experts early in the process who will liaise with the local tax authority or MPAC in order to have the increase in property taxes largely agreed upon prior to completion.  This simple approach helps avoid “tax shock” when the reassessment occurs.  Generally speaking, a non-fully professional team will not succeed in a site intensification project.

Recommendation three is to seek advice from a mortgage partner early, often and well before building project plans are set in stone. McAuley says First National is regularly invited by clients to run predictive analyses of potential financing strategies using different assumptions. Proactive engagements with an empowered lender like First National lead to better financing decisions, lower risks and lower costs.  The benefit here is that financing surprises are avoided, or at least minimized.  McAuley has often seen well planned projects fail at the final hurdle because the investor’s financing assumptions cannot be satisfied.  When more equity or debt is required than originally envisioned, it naturally affects investment returns and even the viability of the project.

Recommendation four is to have sufficient contingency funds set aside in a financing to cover extra costs that may arise because of planning and building delays and construction inflation.  Lately, First National has seen several project budgets that have had to be revised due to quickly escalating labour and material costs.  Contingency amounts in budgets should be realistic. An often used 3% for both hard and soft costs would be considered too low in the current market. Instead, 5% is more realistic.  A challenging construction market – where booking reliable trades and other service providers is difficult – complicates matters because of limited resource availability. Accordingly, investors without sufficient capital to meet cost overruns or supply shortages can get into trouble quickly.

While not a recommendation, McAuley also notes it can pay to be creative about how to achieve intensification. One First National client decided to add three storeys to an existing three-storey, 30-unit apartment building. To make the project work, the owner first approached the city for a soft approval and then worked with a builder, engineering consultants and material suppliers to find a way to construct the addition without asking existing tenants to vacate. The solution was the use of pre-fabricated materials, which reduced the construction window substantially and created much less disruption for existing tenants.  There was an obvious concern that if something went wrong with the structure of the existing building during construction, the owner would suffer cash-flow shortages on the existing 30 units. This risk was partly mitigated through proper insurance, thorough investigative work, sound engineering advice and forward planning with regard to adding the necessary additional parking.

Recommendation five is to carefully consider parking. In many communities, particularly suburban centres, providing sufficient parking spaces is a pre-requisite for municipal approval of an intensification project. In the case of the project noted above, the owner had to acquire a vacant lot for surface parking across the street from the apartment building at extra cost. However, for some intensification projects, underground parking is the only acceptable solution and building it can substantially inflate construction costs beyond the point of recovery or reduce the level of density that can be achieved if the owner opts to limit parking capacity.  The cost of underground parking in urban areas – often a necessity – adds tremendously to project costs and should be considered very early in the process. This also underscores the requirement of engaging proper consultants early – a parking surprise is one to be avoided.

Overall, site intensification can be challenging, but it can also be rewarding. McAuley noted that First National recently closed a financing for a redevelopment project in north Toronto that was originally conceived six years ago. At first, the property owners proposed building a second apartment tower on a contiguous parcel of vacant land that they owned, which seemed obvious. After lengthy negotiations with city officials, the owner was instead permitted to construct a much smaller rental townhouse complex. The final goal was achieved – site intensification and new, high-quality accommodation for local residents – even though the preliminary plan could not be realized.

In determining whether to fund an intensification project, First National applies straightforward thinking. The primary consideration is an obvious one: does the project make economic sense? It does when there is no “equity gap.” An equity gap exists when an owner asks for a loan of, say, $9 million when the cash flow after development will only support a $6 million financing. As noted above, this might seem obvious.  But the importance of engaging a lending partner at the earliest stages of the development planning cannot be emphasized enough.

First National also strives to align itself with owners and developers who have a good level of experience and a proven track record. A borrower who has no high-rise experience, for example, will find limited financing available due to the lack of a track record with this type of asset.

The third consideration is deal size and type. First National typically engages in development or construction financings – conventional and CMHC insured – of $5 million and up but there are exceptions where smaller loans can be accommodated. The Company also focuses on financing site redevelopments, multi-residential building extensions/additions and new developments, rather than housing infills. An infill occurs when an owner redevelops a site by knocking down an existing structure and puts another building(s) or a larger structure in its place) on an under-used site within an already developed area.

In summary, it pays to recognize when you have a good case for intensification, either because you have excess land that was bought and paid for years ago (as in the case of many Toronto-area apartment sites)  or because your existing property has low density. Transforming such properties into multi-unit residential developments that generate new cash flows will take skilled negotiation and committed capital, but is beneficial to you as the owner, your local municipality and the many Canadians whose need for housing is currently unmet.

Should you wish to consult First National on financing your residential intensification project, you can contact Dru McAuley at [email protected] or any member of our Commercial Financing team. 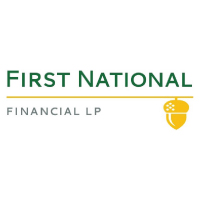