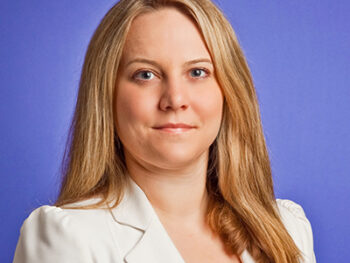 The real estate and construction sector has faced significant, industry-changing pressures in the past four years. From the heightened political focus around affordable housing to the increased audit activity by the Canada Revenue Agency (CRA), the business of real estate has become more complex.

The current environment means an increase in the likelihood of your real estate, development, or construction business being audited. Recent court decisions specifically addressing tax issues relating to the industry could also impact your enterprise. In this article, MNP provides details about and solutions to today’s most pressing industry issues.

The CRA recently reported audit assessments (including penalties) of more than $1 billion between 2015 and 2019 were issued in relation to the heated real estate markets in B.C. and Ontario. Approximately 40 percent of the assessments were made between 2018 and March 2019, with about $169-million worth of assessments made in the first three months of 2019 alone.

In March 2019, the 2019 Federal Budget proposed an additional $50 million be spent over the next five years to create four new dedicated real estate audit teams in B.C. and Ontario. These specialized audit teams are expected to generate an additional $68 million of revenue over the same term.

This degree of focus means taxpayers operating in or in relation to the real estate industry should prepare to have some interaction with the CRA over the coming months and years.

While the CRA has a significant focus on real estate transactions in the Lower Mainland in B.C. and the Greater Toronto Area, it does not mean other parts of the country are excluded from scrutiny; all regions should be prepared for audit activity.  Set time aside to work with your advisors so you can be audit ready and respond clearly and efficiently to CRA requests and queries when the time comes. Being prepared ahead of time will decrease the possibility of a disruptive, rushed and costly audit by taking a managed, integrated approach.

Current CRA audit activity is diverse in the real estate sector. The following are some examples of recent audits real estate and construction businesses across Canada have undergone.

The courts and real estate

In the Roofmart case, the CRA wanted certain information from a roofing and siding materials distributor about its customers, including those “unnamed” customers’ legal names, addresses, telephone numbers, business numbers, itemized transaction details, and bank account information. The CRA indicated it wanted this information to verify if customers who made annual purchases at Roofmart over a threshold amount had complied with their various obligations under the Income Tax Act and the Excise Tax Act.

The court authorized the CRA’s request for information; however, the decision has been appealed to the Federal Court of Appeal. It remains to be seen whether the agency will ultimately succeed in obtaining the customer information from Roofmart.

In both cases, the claimants were unsuccessful in arguing that they were entitled to the new housing rebate. Neither claimant successfully met the occupancy requirements. Additionally, in Lounsbury the application was made after the deadline for doing so.

While Ngai and Lounsbury only deal with some of the requirements for the new housing rebate, the take-away from both cases is the legislation permitting the new housing rebate is complex, with several specifically defined terms. The tests are not necessarily the same as in other areas of tax law, therefore it is imperative to consider all of the requirements and relationships in the context of these specific legislative provisions.

The Wall case is about a real estate agent who purchased, constructed and then sold three homes in B.C. within a relatively short period of time. None of the sales were reported in the taxpayer’s tax returns as the taxpayer believed he could claim the principal residence exemption. The taxpayer also sold vacant property during this period, which also was not reported, but the parties appeared to agree it gave rise to a capital gain. The court determined the profit earned on the sale of the three homes was subject to GST and that gross negligence penalties applied as did penalties relating to the GST.

There is no bright line test as to what makes proceeds from the sale of real estate business income or a capital gain. Instead, there are several factors which must be analyzed and considered. Even if it is ultimately determined the proceeds can be characterized as a capital gain, for the sale proceeds to be subject to the principal residence exemption certain further requirements must also be met. As a result, it is important to seek guidance from trusted tax advisors to make sure you are appropriately reporting real estate sales.

Further, similar to Roofmart, Wall provides us with an example of the broad information-gathering powers CRA auditors are able to use to gather information about taxpayer affairs.

For more information on how the CRA’s increased focus on real estate could impact you or your business, contact Jacqueline Fehr, Partner with MNP’s Tax Services, at 604.685.8408 or [email protected] 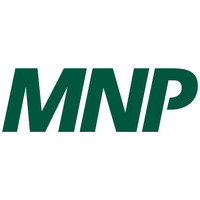