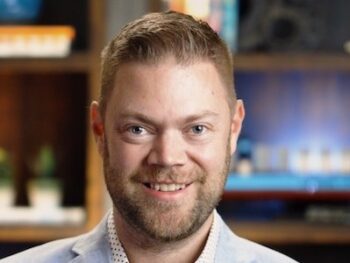 Walt Rakowich, the former CEO of Prologis, joins host Chad Griffiths to discuss a range of topics from the personal, to the re-emergence of Prologis as an industrial CRE powerhouse, to the industry itself.

Rakowich has a bachelor degree in accounting from Pennsylvania State University and an MBA from Harvard Business School. He spent the majority of his career at Prologis, including time as CEO from 2008 – 2012.

He is also the author of Transfluence.

Prologis is the largest industrial property owner in the world and an S&P 500 company, but it was on the cusp of bankruptcy when Rakowich was hired as CEO. He led the company through a dramatic turnaround, and today it owns nearly one billion square feet of warehouses and distribution centres around the world.

Here are the time stamps for the topics they discuss:

24:20 – Staying on top of the industrial real estate market;

Chad Griffiths is a partner with NAI Commercial Real Estate and focuses on the industrial real estate market. With over 16 years of experience, Chad has both SIOR and CCIM…

Chad Griffiths is a partner with NAI Commercial Real Estate and focuses on the industrial real estate market. With over 16 years of experience, Chad has both SIOR and CCIM…