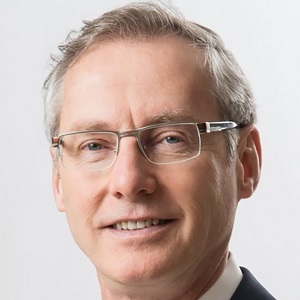 “We’ve made meaningful improvements to our portfolio and strategic position, and we’re not done yet,” president and chief executive officer Armin Martens said during a March 2 conference call.

Since the beginning of 2015, Artis has diversified its portfolio by reducing its net operating income weighting in Alberta from 39.1 to 23.1 per cent, and its Calgary office weighting from 17.7 to 8.5 per cent. It sold the properties at prices that equate to a net asset value significantly higher than their current unit price, according to Martens.

Eleven of the 23 properties Artis sold last year were in Alberta, including five Calgary office properties. This continues a trend that has seen the REIT sell 25 Alberta assets totalling 2.6 million square feet of gross leasable area for $533.4 million since the oil price collapse and subsequent slump in the province’s commercial real estate market.

Artis expects same property net operating income for its Calgary office properties to remain negative through 2019. It could sell one or two more Calgary office buildings if it gets the right price, but Martens stressed the REIT doesn’t want to leave the market.

Artis’ past and future dispositions

The aggregate sale price of all 23 properties Artis sold last year was $353.1 million and US$70.6 million, since some were in the United States.

Martens expects Artis to sell another $300 million worth of properties this year. It will recycle the proceeds into new acquisitions and developments as it continues to reposition its portfolio. The properties most likely to go are those Artis believes it has maxed out on in terms of occupancy levels and rental rates.

Artis has about US$62 million worth of American retail assets that are expected to be sold, along with some retail properties in Alberta and Saskatchewan. The goal is to reduce the retail share of Artis’ net operating income from 21.2 to 15 per cent, shedding non-core assets that Martens said “may not be as Amazon-proof as we’d like them to be.”

Artis wasn’t hit hard by the recent closing of all Sears Canada stores, as it had just one as a tenant, in Grande Prairie, Alta. Martens is confident a deal is close to being closed for a new tenant there.

Artis acquired four industrial properties in the U.S. for an aggregate purchase price of US$66.9 million last year. Two are near Phoenix, one near Denver and the third is in the Minneapolis-St. Paul area.

The industrial sector accounts for 25.2 per cent of Artis’ net operating income, and Martens would like to see that doubled. However, he added it’s difficult to acquire quality industrial properties at current high prices.

Artis completed development of two office properties last year. The 139,200-square-foot Millwright Building in Minneapolis is 35 per cent leased and expected to be fully occupied by the end of the year. A four-storey, 118,000-square-foot property at 169 Inverness Dr. W. in Denver was just finished and is also expected to be fully leased this year.

Artis has a pipeline of 14 projects, including commercial and multi-family assets that total up to six million square feet of gross leasable area, which are to be developed over the next several years and being considered for future development.

“Artis delivered solid results in 2017,” said Martens. “Our earnings, our balance sheet and our liquidity are all in good shape, and we feel that our diversification and outlook is slowly but surely improving.

“Looking ahead, we’re confident that our earnings will improve.”