Pure Multi-Family REIT LP (RUF-U-X) has terminated its potential sale after the lone remaining suitor dropped its bid this week. 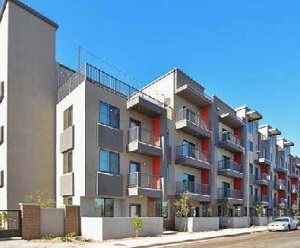 The process began back in April following two unsolicited takeover offers by U.S.-based multi-residential investor Electra America. Both offers were rejected because Pure’s management felt they were undervalued, and that Pure could entice another investor to pay a higher price.

The management of Pure Multi-Family said in a release Friday morning that, after focusing on the potential sale for the past five months they will “refocus their efforts on existing operations and will consider potential future strategic opportunities that may become available to the REIT to maximize unitholder value.”

The announcement had an immediate effect on its stock price, with shares dropping to $8.47 (about 10 per cent) in mid-morning trading on the TSX Venture exchange.

During the bid process, Pure Multi-Family’s board and the special committee set up to consider the sale held more than 50 meetings and consultations with various parties. With the assistance of financial adviser Scotiabank, Pure Multi-Family also contacted 86 parties which might have an interest in the REIT, of which 24 executed non-disclosure agreements and were provided access to its “data room.”

Between April and the end of the initial, non-binding bidding process on June 6, Pure Multi-Family says it received interest from two bidders. The highest offer was for US$7.71 per share and was not conditional on financing.

Both potential bidders were selected to move to a second phase, which was to close on July 30.

Pure said despite several weeks of site visits to its properties and further examinations by both interested parties – which have not been publicly identified – no bid was received by the closing date.

However, one bidder asked for a meeting outside the formal process to discuss a potential agreement. Pure’s special committee chair Robert King and Scotiabank met with the party, which said it would make an offer of US$7.64 per share (lower than its US$7.71 phase one bid  in June, according to Pure).

After two more weeks of negotiations, the bid was dropped on Aug. 23.

Friday’s announcement ends a nine-month process which Pure says required “a significant amount of the REIT’s time and resources.”

Electra America’s initial bid, submitted in secrecy to Pure’s management in December, was for US$7.54 per share. When that was rejected, Electra America submitted a revised bid in April for $7.59 per unit and at that point, made the offer public.

Pure again rejected the bid, which led to a series of public announcements by shareholders and ultimately, the five-month process to explore a sale.

Vision Capital president and CEO Jeffrey Olin told RENX in an interview his firm supported the Electra America bid, considering Pure’s own IFRS valuation was US$6.53 per unit – and the consensus of several analysts at the time was US$6.78 per unit.

“We’ve followed the situation for many years and have been a large shareholder for many years,” said Olin.  “I’ve toured all of the real estate (Pure Multi-Family’s properties in Arizona and Texas) at least once, and I think it’s exceptionally high quality and extremely well-maintained.”

Sandpiper Group, which holds a two per cent stake in Pure Multi-Family, issued a release offering its support for the board and the “formal sale process.” At the time, Sandpiper called Pure Multi-Family “a company with very attractive, well-managed assets, and an internal management structure which we believe will be reflected in an offer superior to Electra America’s offer.”

Electra America is headquartered in North Palm Beach, Fla., and operates in the U.S. Sunbelt multi-family market. It’s a member of The ELCO Holdings family of companies.

The firm has been extremely active in mergers and acquisitions, having completed, among others, the acquisition of Apartment Trust of America, a U.S. apartment REIT, and the sale of approximately US$2 billion of apartment assets to Starwood Capital Group and Milestone Apartments Real Estate Investment Trust.

As at Dec. 31, the trust had 22 properties containing 7,085 residential units with occupancy at about 95 per cent.

The properties are located in five general geographic areas, Dallas-Fort Worth, Houston, Austin and San Antonio in Texas, and in Phoenix.