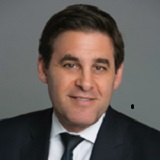 “We’ve decided to try and pick apart a few different niches within the residential marketplace and make some investments in some companies that are trying to do new and innovative things,” Moore, who manages Brookfield’s multi-family investments, said at the Metro Toronto Convention Centre.

Brookfield has invested about $8 billion in purpose-built apartment acquisitions and another $3 billion in multi-family development, primarily in the United States, since it became heavily involved in the sector in 2010.

Moore said average annual U.S. rental growth was 4.6 per cent from 2010 to 2018, while wages and the economy were growing by only two or three per cent, which has led to many institutional investors chasing purpose-built rental apartment properties.

The Toronto-based company made most of its apartment purchases prior to 2016, when it began to sell to take advantage of the high prices being paid in a hot market. Brookfield has divested itself of more than $4 billion in apartments in the past couple of years and has decided to dip its toe into the home-sharing market with some of that capital.

Niido is a startup based in Miami, Fla. The company saw a void in the marketplace because some large multi-family real estate investment trusts and other apartment owners have tried to compel tenants not to rent their units to Airbnb and other similar home-sharing services.

Niido’s strategy involves encouraging and supporting home-sharing in partnership with Airbnb. San Francisco-based Airbnb was founded in 2008 and has 75 million active users in 191 countries, a figure which is expected to grow to 100 million within six months.

A recent U.S. survey showed more than half of the nights booked on Airbnb in 2017 were in apartment buildings and condominiums.

The platform Brookfield has invested in plans to purchase up to six apartment buildings and develop them into communities which allow tenants to rent their units out for almost half the year. Profits are shared with the landlord.

A National Multifamily Housing Council and Kingsley Associates survey discovered about half of renters under 25 are keen to generate additional income through home-sharing.

Brookfield has thus far bought apartment buildings in Orlando, Fla. and Nashville, Tenn. Both cities are popular with tourists, and the apartment locations in them had very high Airbnb demand but a lack of supply, according to research data.

Moore said the Nashville building is new, has 333 suites, was built with institutional capital, and is well-located downtown.

Niido also offers a master host, which Moore likened to a cruise ship director, to help residents and their guests at each site.

Once the Nashville and Orlando deals launch (which is expected sometime in the next couple of months), and others follow, units will be rented with standard 12-month leases. Tenants, however, will be encouraged to rent them out.

Moore said millennials spend only 22 days a month in their apartments. If they share their suite five nights a month and get the average daily rate of a hotel room in that zip code, they can cut their rents in half “just by leveraging the under-utilization of a real asset that they’re paying for and that we own.”

Moore said Airbnb charges a “small fee,” while the tenant collects 75 per cent of the rental income and the landlord receives 25 per cent.

“Our 25 per cent scrape of that home-sharing income, if you do the math, creates a 200- to 300-basis point increase in levered IRR (internal rate of return) every year,” said Moore.

“If the type of sharing occurs that we expect, that will be a benefit to our tenants as well as to us. If it doesn’t, we’ll just rip it up, I’ll kick Niido out and I’ll have a great apartment community that will probably earn a couple of hundred basis points less in return, but we’re buying great real estate.”

While Brookfield considers the investment an experiment, Moore is optimistic about its success. He believes access is becoming more important than ownership, and urban populations are growing around the world.

“Urban reversion is occurring and it’s happening with young people who want those experiences. They don’t want the lawn or the white picket fence anymore . . . they want access to things.”

Apartment tenants have less emotional attachment to where they live because they don’t own it and are therefore likely to be more willing to share and rent it than those who own their homes.

Since Brookfield owns and manages around 50,000 apartment units, Moore thinks more widespread adoption of the home-sharing model could potentially increase the value of those assets.