While 2018 Canadian hotel transaction volume likely won’t match last year’s $3.5 billion, Colliers International (CIGI-T) expects it to be in line with the 2011 to 2017 average of $2.3 billion. 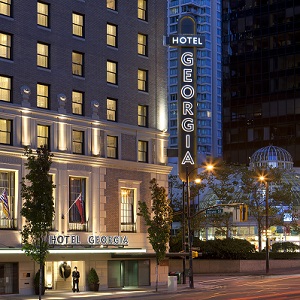 The average total price per room rose to a record $161,400 and hotel values increased by 13.2 per cent last year. Values are forecast to rise by 12.8 per cent in 2018, according to Colliers’ “2018 Canadian Hotel Investment Report.”

“These healthy increases are due to a combination of relatively low supply of new hotel rooms and robust demand, as well as solid operational growth and resilient investor confidence in the sector,” said Robin McLuskie, Colliers managing director of hotels in Canada.

There were 37 reported hotel transactions across Canada with a total sales volume of approximately $350 million in the first quarter of 2018. InnVest Hotels completed the sale of a 12-property portfolio to a joint venture between Manji Holdings Ltd. and Palm Holdings. The sale of the 218-key Extended Stay Ottawa Downtown to Paramount Properties for $48 million was the largest single asset trade of the quarter.

Colliers breaks down transaction results into two categories. The first is traditional volume. The second are strategic acquisitions, which are unique trades generally involving a pricing premium combined with a location in a high barriers-to-entry market and an extension of the buyer’s brand or portfolio.

Strategic transactions represented $1.5 billion, or 43 per cent of the 2017 total, which was largely dominated by the $1.1-billion sale of the British Columbia Investment Management Corporation/SilverBirch Hotels & Resorts portfolio to Hong Kong-based Leadon Investment.

The traditional market still dominated trading activity with 131 transactions, or 82 per cent of the total number of deals.

Canada remains a stable location for global capital amid political and economic uncertainties in peer nations. Foreign investment in Canadian hotels totalled more than $1.3 billion, accounting for 43 per cent of total volume in 2017.

“Canada has benefited from a wave of cross-border capital looking for stable yields outside of their home borders, with 41 per cent of transaction volume between 2013 and 2017 attributed to cross-border sources of capital,” said McLuskie. “We expect purchases by foreign investors to moderate in 2018, principally due to the overall lack of large individual and portfolio transactions available for sale.

“In cases where there are long-term land plays as part of a sale, foreign investors will continue to be aggressive bidders.”

While pension funds, private equity and hedge fund groups have been net sellers over the course of the current cycle, it’s anticipated they’ll re-emerge as buyers on strategic offerings in the pursuit of yield and diversification.

New hotel construction is accelerating in many major urban and suburban markets nationally, and growth is expected to average about 1.5 to two per cent per year over the next three years. Such activity hasn’t been seen since 2005 to 2008.

Supply growth is anticipated to be led by Montreal, Halifax, Ottawa, Calgary and Edmonton this year, according to Colliers.

While 74 per cent of national sales activity took place east of Manitoba last year, and that part of the country is expected to dominate again this year, Alberta and Western Canada energy markets are showing signs of increased activity.

There were $123 million worth of deals in the first quarter of 2018 in Western Canada, accounting for 35 per cent of volume. The number was $60.4 million for the same period in 2017, excluding mergers and acquisitions transactions.

Demographic preferences and cost competitiveness are supporting growth in boutique and lifestyle hotels, particularly in Vancouver, Toronto and Montreal. This trend is expected to continue in conversions and renovations as well as new construction going forward.

“These operations either are new construction developments or in most cases repositioned older hotel properties that were in need of renovation capital, and owners are adapting the room product and amenity offering to cater to an increasingly new customer that is searching for more lifestyle and boutique offerings,” said McLuskie.

“Since they are typically smaller hotels, they are easily absorbed in the market and provide a unique and new alternative for the corporate or leisure traveler.”

Examples of hotel conversions include the recently opened The Anndore House in Toronto near Yonge and Bloor Streets and the EXchange Hotel Vancouver, which will open this year.

Conversely, 13 hotels were sold for $143 million for redevelopment or conversion to an alternate use in 2017. Paramount will convert the Extended Stay Ottawa Downtown it acquired earlier this year to rental apartments.

“The redevelopment component of the market has been limited, but opportunities can be found for older hotel product that is ripe to come out of inventory and convert to other uses such as residential condominiums and student or rental housing, particularly in the major markets of Toronto, Vancouver and Montreal,” said McLuskie.

Travel by non-residents into Canada achieved a new record in 2017 with 20.9 million cross-border inbound travelers, breaking a record set in 2002, according to Statistics Canada. A new record is expected to be set this year, which bodes well for the continued prosperity of Canadian hotels.