Thomas Schwartz, who with his founding partner Michael Stein built Canadian Apartment Properties REIT (CAPREIT) into one of Canada’s largest residential landlords, has died after a battle with prostate cancer. 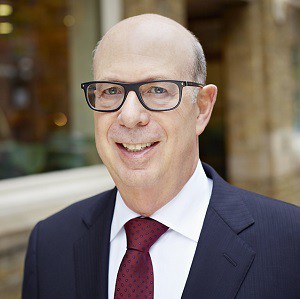 Thomas Schwartz, an industry leader and the co-founder, president and CEO of CAPREIT, has died after a battle with prostate cancer. (Image courtesy CAPREIT)

Schwartz, who served as president and CEO of CAPREIT (CAR.UN-T) almost since its inception in 1996, was 68.

“We are greatly saddened by Tom’s passing,” said Stein, who is the chair of CAPREIT. “I, along with the rest of the CAPREIT family, will greatly miss his friendship, thoughtful leadership and ability to connect with employees.

“While Tom was extraordinarily passionate about his work and CAPREIT, his greatest pride was his family. We extend our sympathies to his family, who meant the world to him.”

Schwartz took the mantle as CEO in 1998 and held it through to his death. In a release announcing his passing, CAPREIT’s board of trustees said his “exceptional leadership talent, industry expertise and unparalleled reputation, has made an invaluable contribution in building and growing CAPREIT into Canada’s largest multi-family residential REIT . . . “

The trust will begin the process to find and appoint a new CEO and president. Stein will coordinate CAPREIT’s management team during the succession process.

Under the leadership of Schwartz and Stein, CAPREIT has grown to own interests in 49,073 residential units — comprised of 42,622 suites and 31 manufactured home communities on land lease sites in or near major urban centres in Canada and The Netherlands.

Schwartz was also co-founder of the European Commercial REIT (EC REIT) in 2016, serving as a trustee and its chair.

“We are deeply saddened by Tom’s passing. This is a very difficult time for everyone at EC REIT,” said Phillip Burns, the chief executive officer of EC REIT, in a separate release. “Tom was a visionary with an unparalleled reputation in the industry.

“He was also a great friend and mentor and will be deeply missed by all who had the good fortune to work with him and know him. We extend our sympathies to his wife, his three children and their spouses and his grandchildren, who meant everything to him.”

EC REIT’s board of trustees has appointed Frederic Waks as its new Chairman.

Graduated as a Chartered Accountant in 1975

According to his biography on the CAPREIT website, Schwartz graduated as a Chartered Accountant in 1975 and co-founded Intraurban Projects in 1976 to specialize in the development of new housing projects in mature communities. Intraurban has built and developed more than 2,500 housing units serving all market segments from luxury to affordable.

Through York Heritage Properties and Intraurban Projects, Schwartz participated in the development, construction, and management of more than  600,000 square feet of office, commercial and retail space.

During his career, he served on the boards of the Greater Toronto Home Builders Association, the City of Toronto Housing Action committee, the Ontario New Home Warranty Program; chaired the Federation of Rental-housing Providers of Ontario; was director of Kehilla Residential Consultants, and a member of the board of trustees of Chartwell Retirement Residences (CSH.UN-T).